Staff member
Small is great. Small is lovely. Small may also mean big steps to fully accessorize your Blackmagic Pocket Cinema Camera 6K/4K. What I want out of a small camera is the ability to build a rig, however small or large, for the shoot at hand. I also want my camera build to work across several different shooting situations I commonly come across as a professional. This is the beginning of a series of posts describing the many different ways to rig a Blackmagic Pocket cinema camera 4K/6K. To kick off this series of posts I will focus on audio. Specifically, external wireless receivers and using the camera’s XLR Mini input on the side of the Pocket Cinema Camera 4K/6K while keeping the camera build clean and simple. 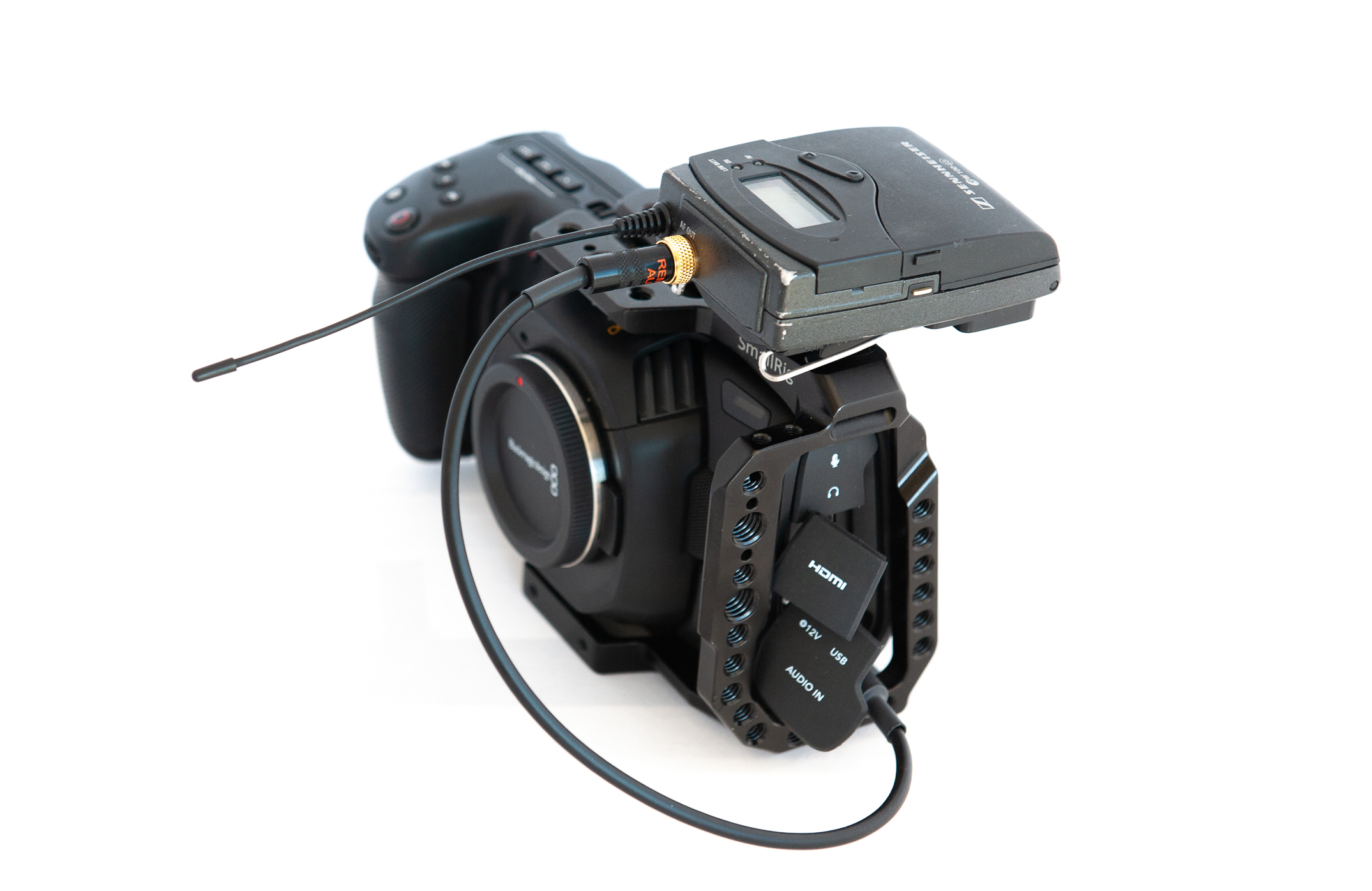 To keep the BMPCC6K/4K small in size Blackmagic Design used an XLR Mini input instead of a full-sized XLR input on the left side of the camera. Why? Because I am pretty sure placing a full-sized XLR would add significant width to the otherwise small camera. With so many good options to accessorize the Blackmagic Pocket Cinema Camera 6K/4K, I hope to dig through the pile to find what works best for me, and I hope, for you. 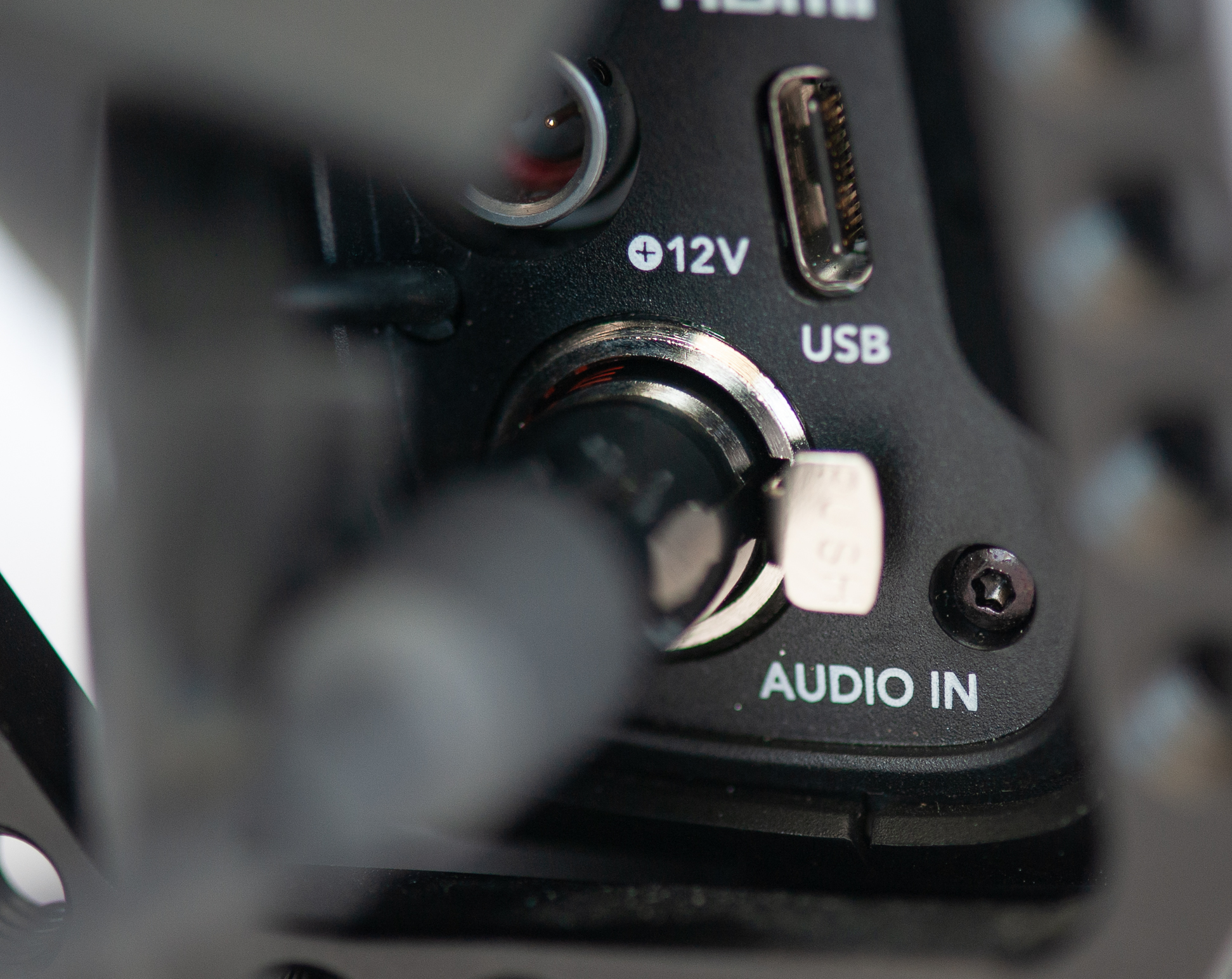 
My first step, audio. I want to clean up my audio and the cluttered cords on the left side of my Blackmagic Pocket Cinema Camera 6K/4K. To make use of your XLR Cables and wireless audio options Blackmagic has two options: an XLR Mini to XLR adapter, and a 3.5mm audio input. But what happens when you are already using the 3.5mm for an on-camera stereo mic or a Rode Go receiver?

My bone to pick, the XLR Mini to XLR adapter is bulky and adds a rather long dangling cable on an otherwise clean camera build. The worst-case scenario of a sloppy camera build is an accident causing the ripping out of an accessory or damaging your camera. Quick can a shoot turn sour when easily avoidable mistakes happen, right? That is why I like to keep my camera builds tight, clean, and professional.

I turned to Trew Audio, the Nashville location, to help me with a custom professional audio solution. My prescribed need was a clean customized XLR Mini to Sennheiser G3 receiver cable. I was tired of a disorderly mess of audio cables hanging off the left side of my Blackmagic Pocket Cinema Camera 6K/4K caused by the XLR Mini to XLR adapter cable. Trew Audio and I measured out the length we thought may be best for my usual wireless receiver placement making the audio cord 7 inches long. 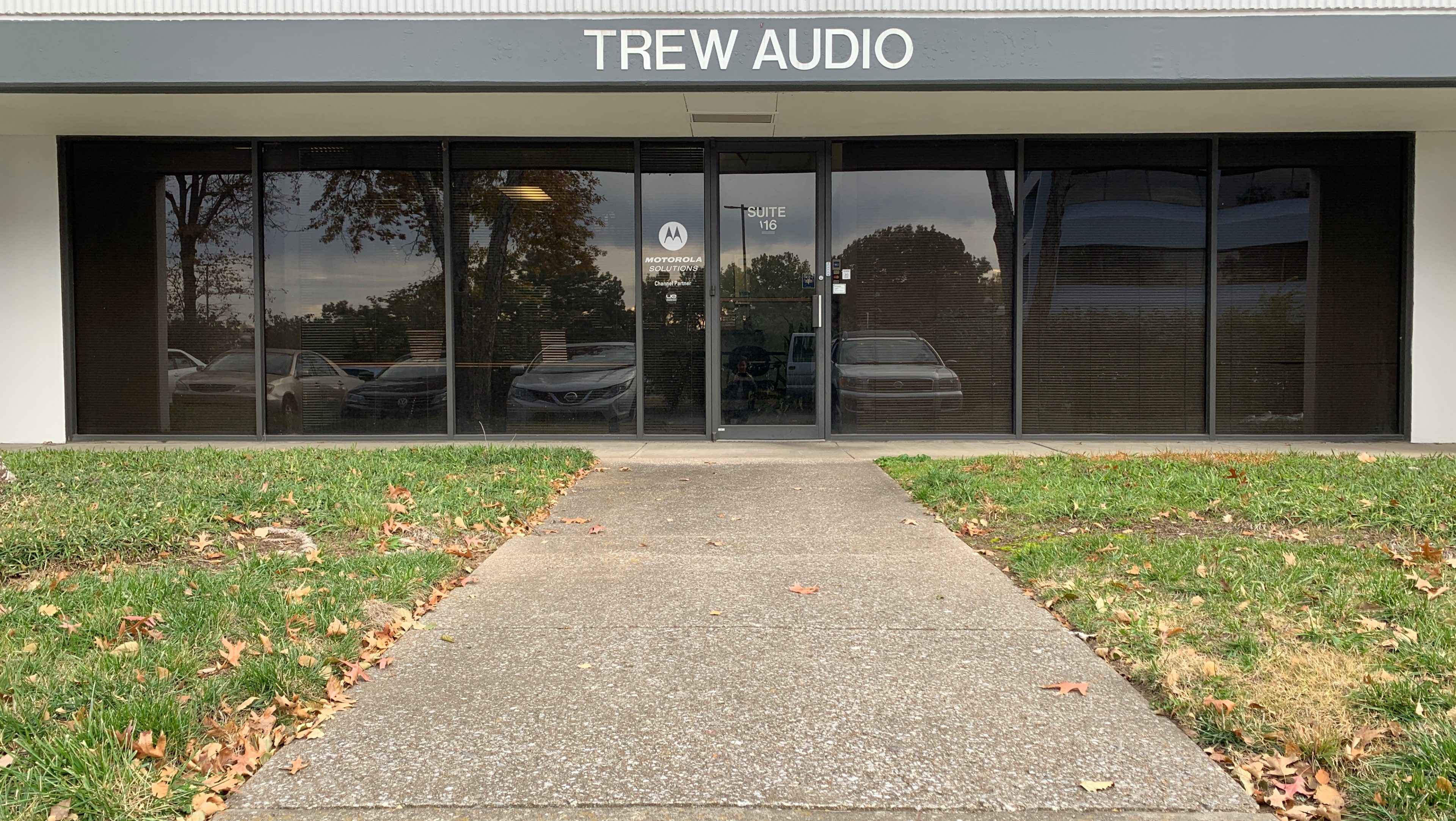 Yes, you can use a 3.5mm input from the Sennheiser G3 into the camera, but what if you want two wireless audio solutions? Like when you have a reporter walking alongside an interviewee and you need audio from both. Having the option to choose between one cable or the other is also important when faced with the eventual gear failure that can strike at any moment. Also, the smaller the audio cable when mounting the Blackmagic Pocket Cinema Camera 4K/6K on a Ronin S or Zhiyun Crane the easier it will be to balance the camera and to use the gimbal.

The price for a custom build from Trew Audio like this one? Around $60.00. Trew audio can make Blackmagic Pocket Cinema Camera 4K/6K XLR Mini cords for just about any wireless receiver. 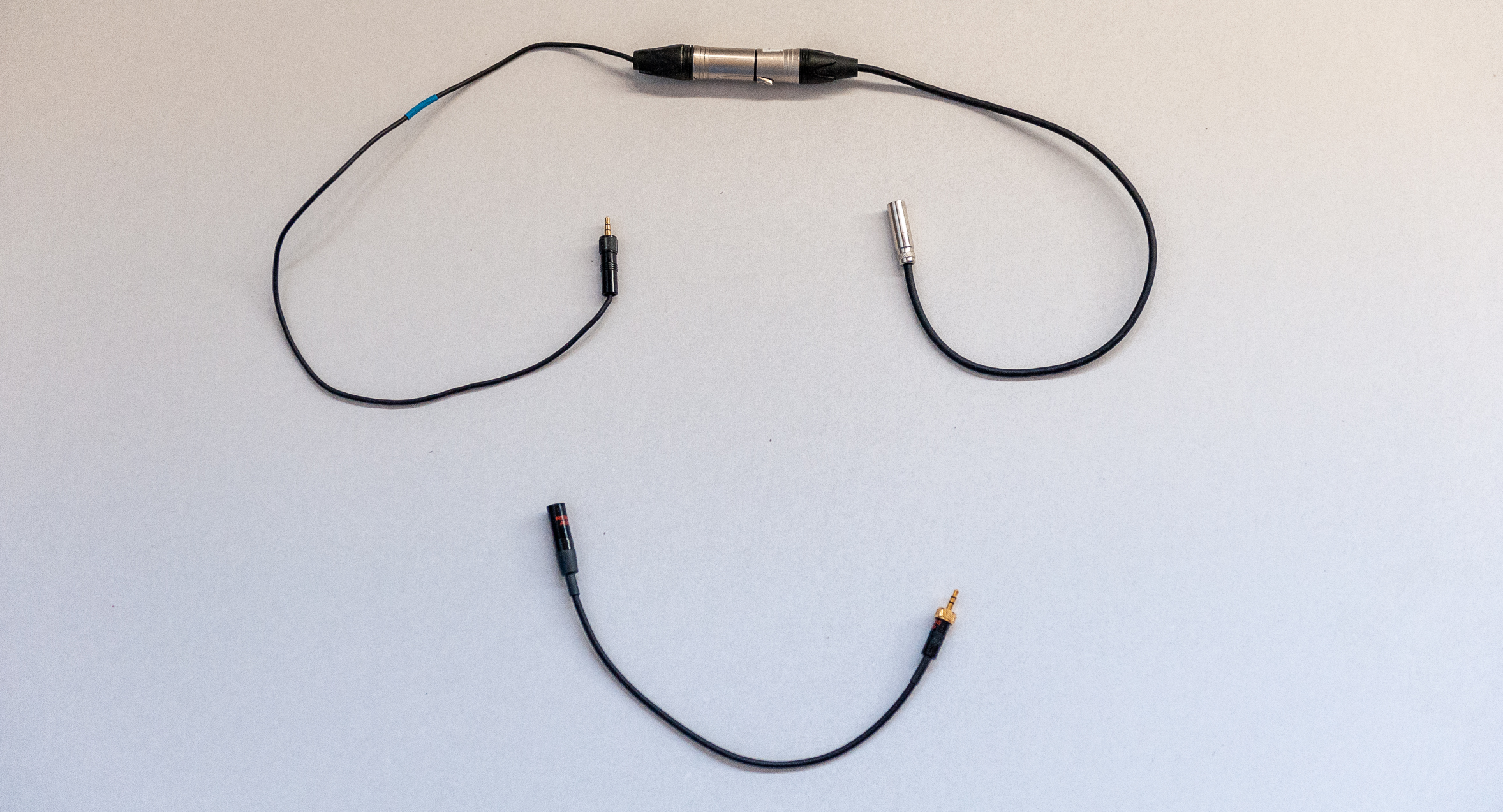 Plus, check out the remarkable difference between the XLR Mini-XLR adapter cord from Blackmagic and the custom-built cord from Trew Audio. The original XLR to XLR Mini Adapter is big and bulky and the other small and tight. I know what you are thinking, this post is all about an audio cord but, hey now, small changes can yield big results.

The XLR Mini to XLR adapter vs custom cord

In my next post on this series, I will look at the Blackmagic Battery Grip. Does the battery grip extend shooting times, well yea it’s twice as many in-camera batteries, but does the Blackmagic Battery Grip help you carry fewer batteries in your camera bag. We will find out more about the battery grip in a few days. Until then, check out Trew Audio.


Trew Audio is devoted to the art of location sound recording for film, video, and television production. From our Los Angeles, Toronto, Atlanta, Vancouver and Nashville offices, we sell, rent and service pro audio equipment for motion picture sound production in markets worldwide. We have customers in all fifty United States, and in dozens of countries. Our Canadian branches provide local service for the major film production centers of Toronto and Vancouver and offer regional support to eastern and western Canada. 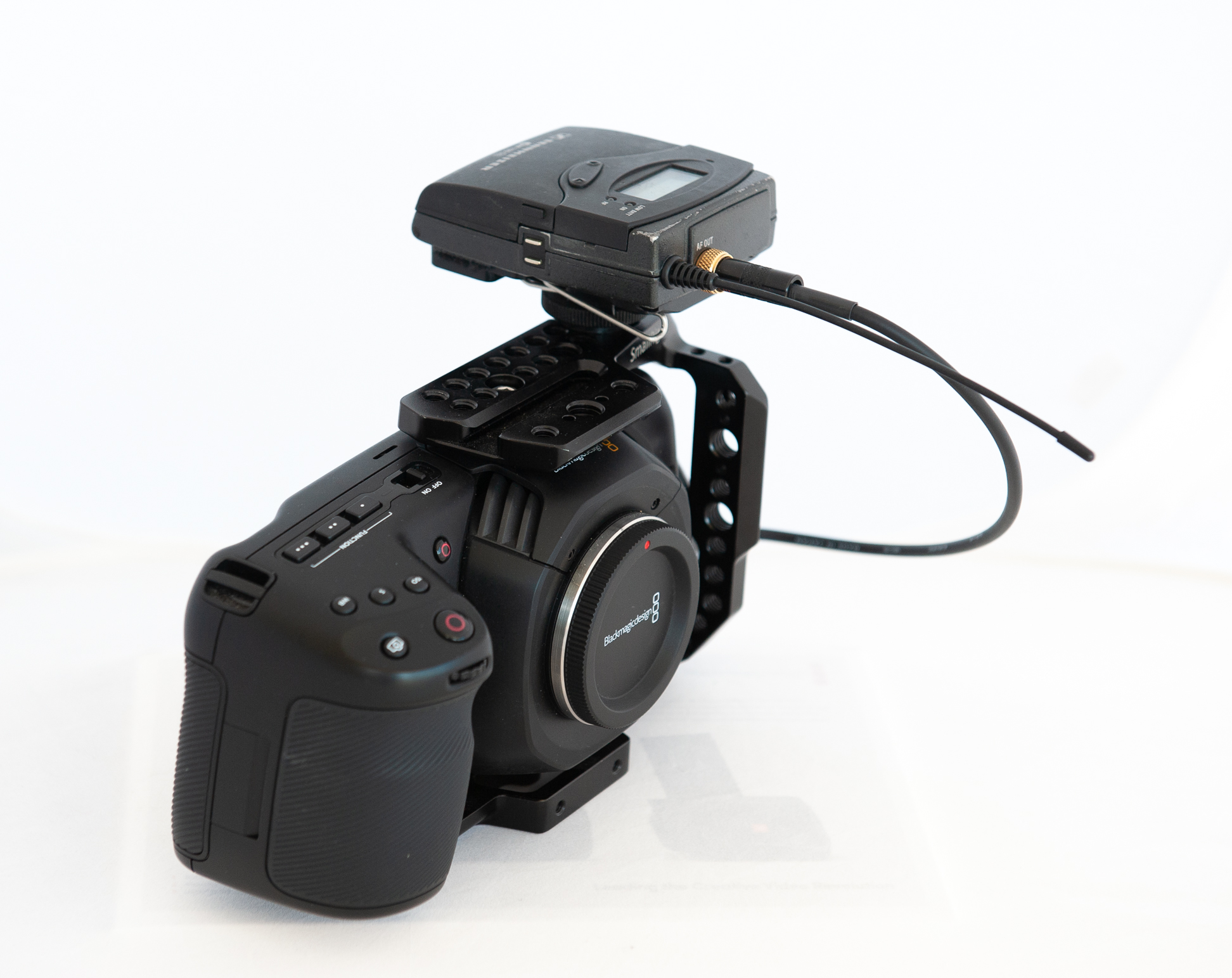 You can see I have used a camera cage’s SSD holder to place my wireless receiver. I rarely shoot on an SSD 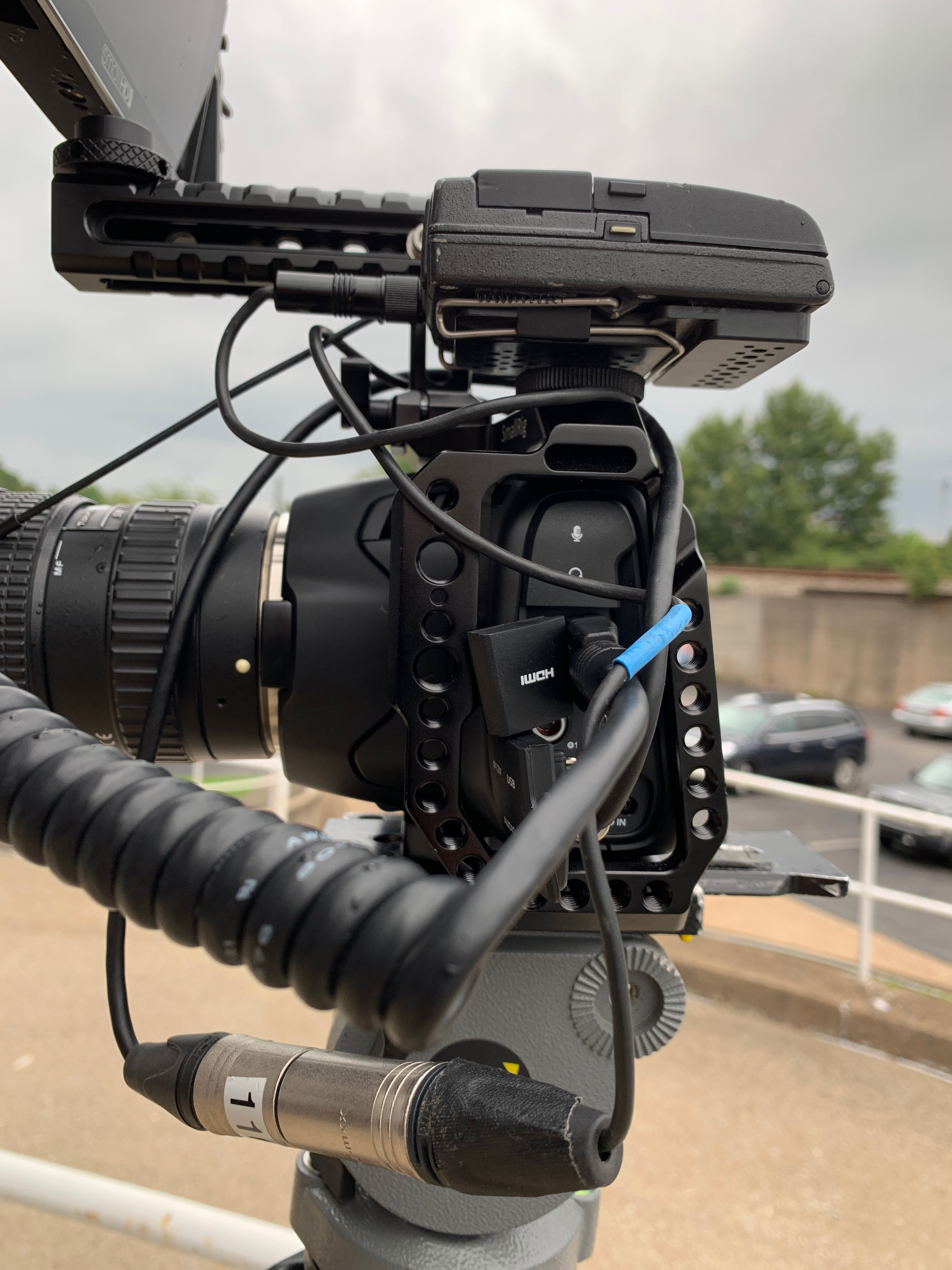 Before the custom cord from Trew Audio. This mess needs a little cleaning up.