Is Diffused Light the Same as Soft Light? 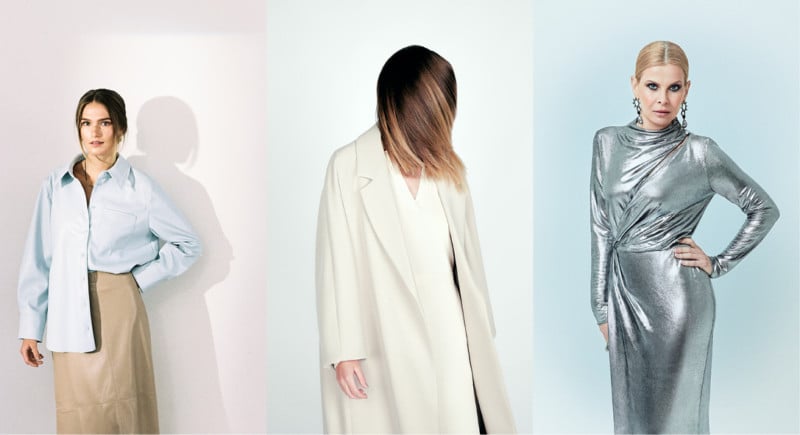 Diffused and soft light are often used interchangeably among photographers. Indeed, to an untrained eye, the two can sometimes appear to be the same. Furthermore, modifiers such as softboxes that give both soft and diffused light make it hard to spot the difference. Nonetheless, diffused light is not necessarily soft, and soft light is not necessarily diffused.

As a photographer, I previously used diffused and soft interchangeably without ever giving it much thought. Of course, it is a lot easier to tell a difference between soft and hard light. But diffused and specular not so much.

Everyone has their own definition of this light type, so before I start, let’s all agree on what these different types of light are.


Hard light is light produced by a small light source relative to the subject, and the shadow to highlight transition will be very sudden. Shadow edges are defined. 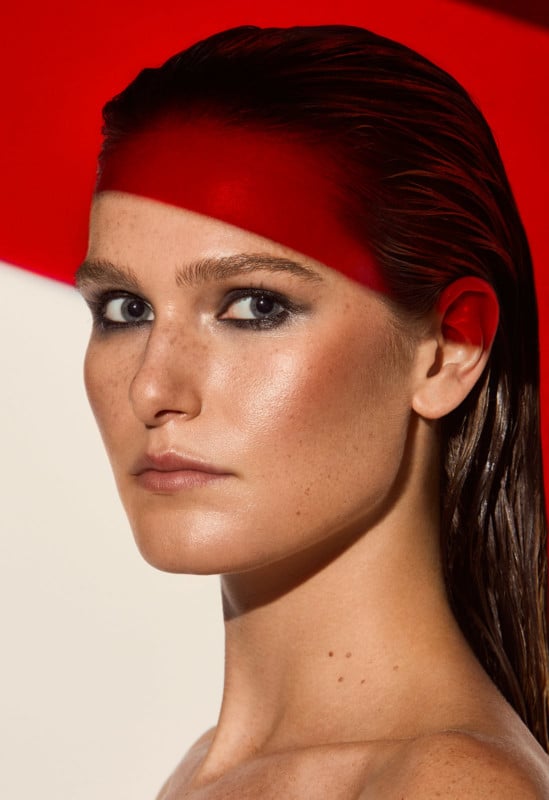 
Soft light is light produced by a large light source relative to the subject, the shadow to highlight transition will be gradual. The shadow edges are wider and fuzzier. 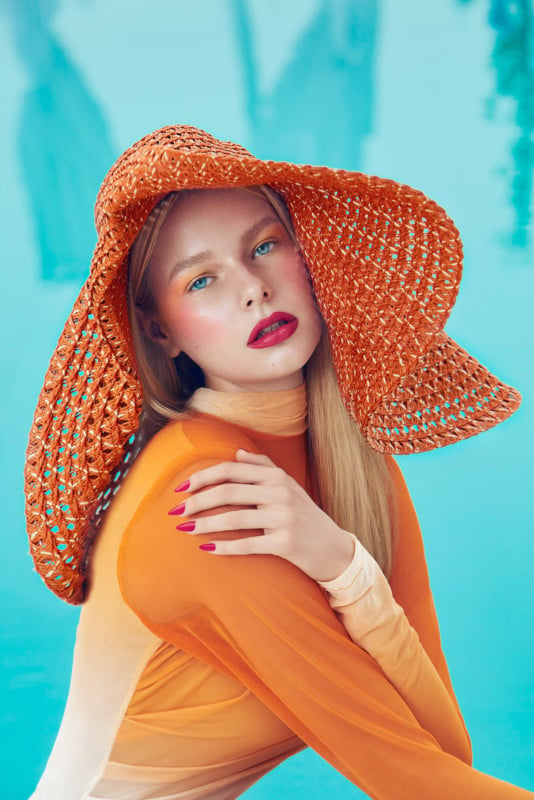 A Word on Diffusion


Adding diffusion will change the size of your light source and make it even. This is because the light transmitted through the fabric will strike the surface from a wider family of angles, decreasing contrast. Moreover, diffusion will negate the hundreds of hotspots on a reflector, which will technically make the light source larger. This is best seen in small rooms with white walls where the light can bounce.

A Word on Specularity


Photographers tend to confuse specular light and call it a bunch of things it isn’t. In fact, there is no such thing as specular light — there are only specular reflections.

Specular reflections are simply known as direct reflections. They are extremely bright and can only be seen from a particular angle. Therefore, a specular light will be essentially the flash tube reflecting off a metal surface. It will generally be rather uneven with hotspots in the middle.

An important thing to note is that you can’t get a perfectly specular light, there is always some diffuse reflection.

A specular light will be very uneven in coverage. It is characterized by a bright highlight, often a small spot. More often than not, a specular reflector will produce abruptly graduated shadows (assuming it’s close enough to have some softness). The color will be a lot more saturated in this image.

It is important to understand that no light is perfectly diffused or specular. That depends on the surface you’re photographing as well as the modifier interior. Specular and diffused co-exist together and it’s a sliding scale from one to the other.

Let’s dive in and explore how we can make all of these qualities of light.

You can see it’s hard by the shadow edges, and you can also tell it’s specular because of the highlight produced. 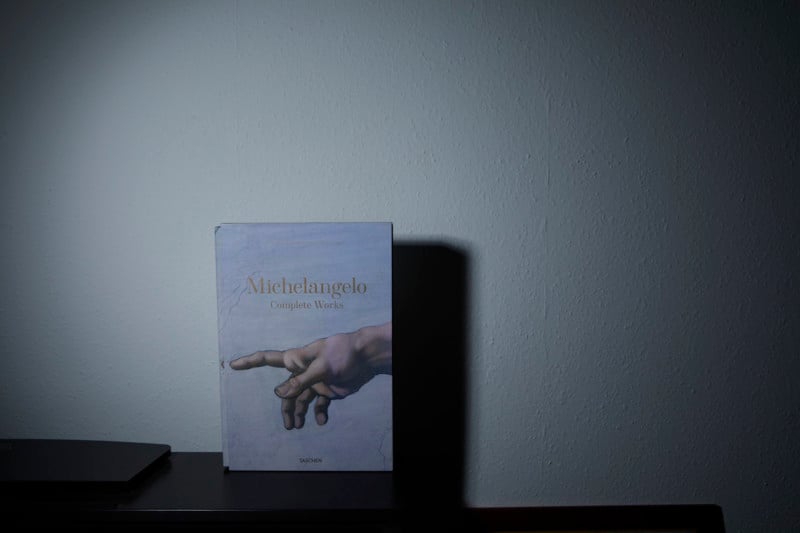 
Now, I will not change anything except for adding a layer of baking paper on my reflector. It is still relatively the same size of the light source, although, technically it is bigger because the diffusion is the light source, not the individual points of reflection on the reflector. 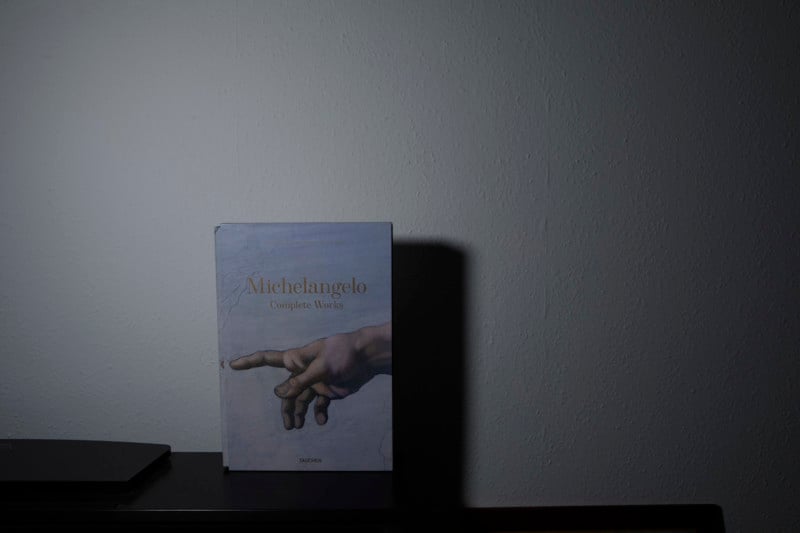 Nonetheless, you can see that the light has become more even. It covers a larger area as well, and because my makeshift studio is very small, the contrast is also decreased.

A softbox may be the intuitive solution for this, but let me explain why it won’t work. A softbox with diffusion removed is nothing more than a flash tube with a poorly-lit interior of the softbox. For all intents and purposes, removing diffusion from a softbox will render it useless as you’ve exposed the flash head.

Here is how this looks: 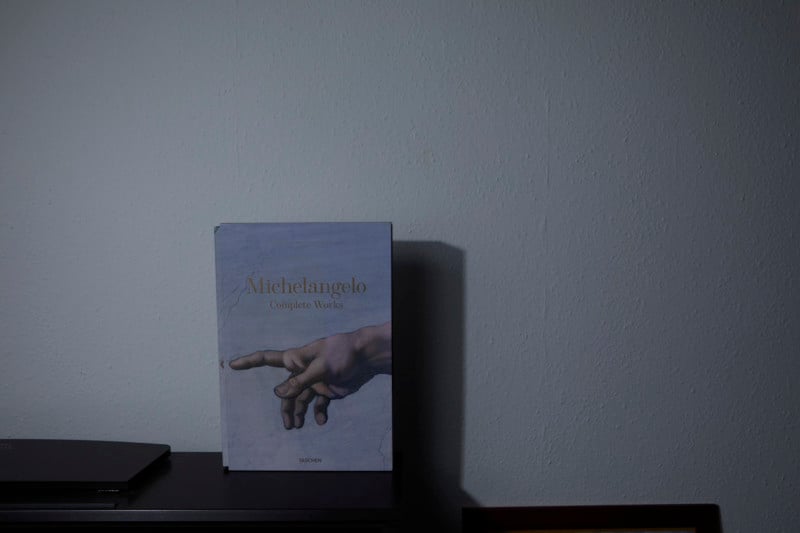 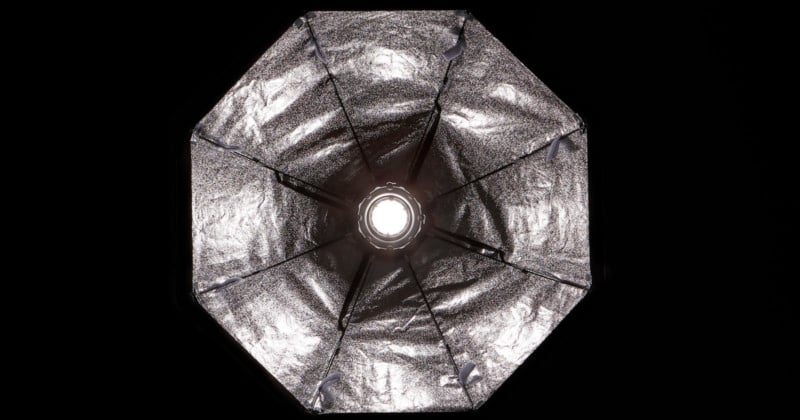 Therefore, producing soft but specular light is in most cases impractical and undesired. You can, however, use a modifier producing soft light for photographing metallic objects. They will give off specular reflection, while the light will also stay quite soft on other parts of the image. Nonetheless, that won’t be a soft specular light per se.


Adding both diffusion layers to the 3-foot octabox will make the light a lot more even and result in light with gradated smooth shadow edges that are both soft and diffused. They are soft because the light source is large in comparison to the subject, while diffusion is defined by the light is a lot more even on the whole image. 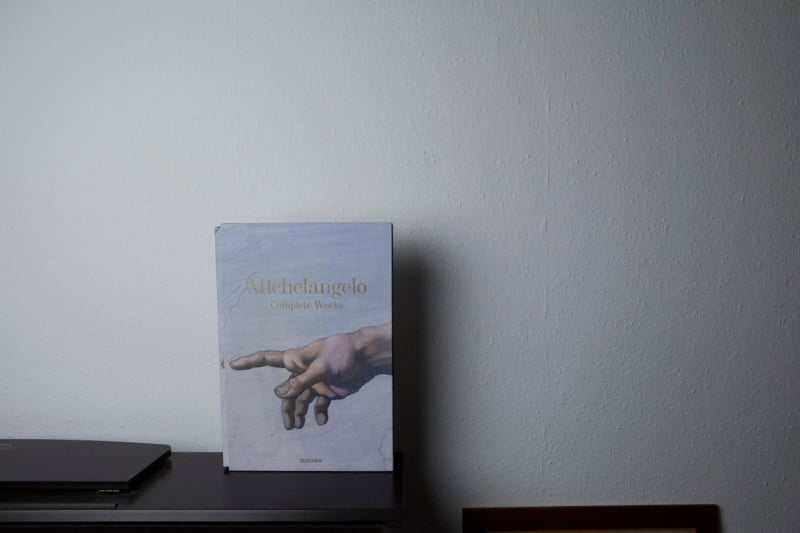 Where Does the Diffusion Confusion Come From?


When we diffuse light, the diffusion material is relatively big. It is common to have big diffusion materials lying around. So often adding a 12×12 scrim to a hard light source will on one hand diffuse but also make it extremely big and hence soft.


Some photographers that confuse diffused and soft light tend to add more and more layers of diffusion to their light in order to achieve softness. It only makes sense to add no more than 1 stop of diffusion — beyond that you will be losing power without any noticeable effect.

Here is are examples of what this looks like: 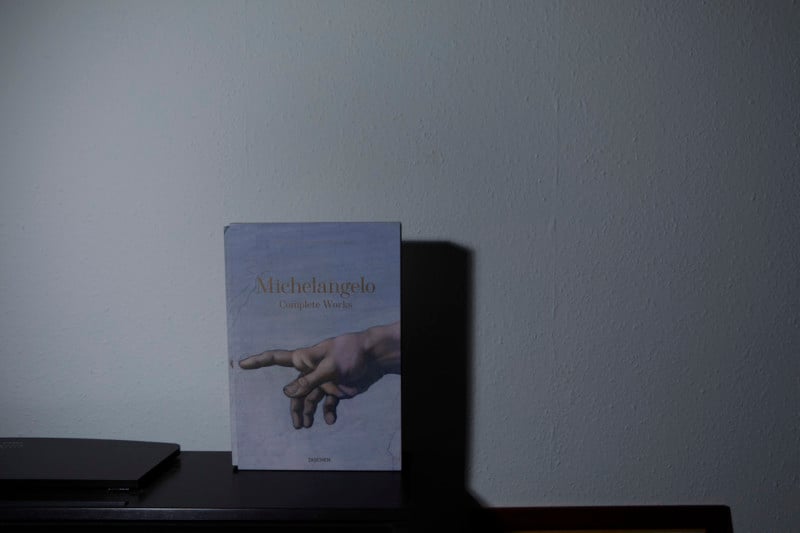 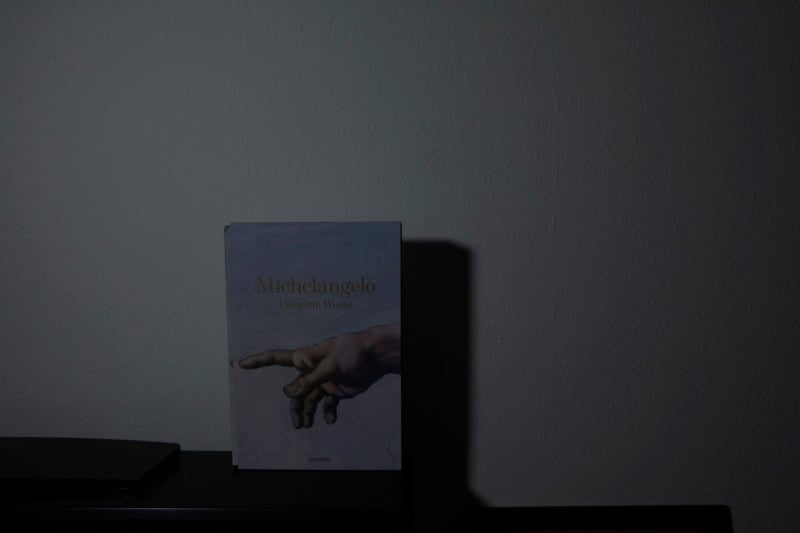 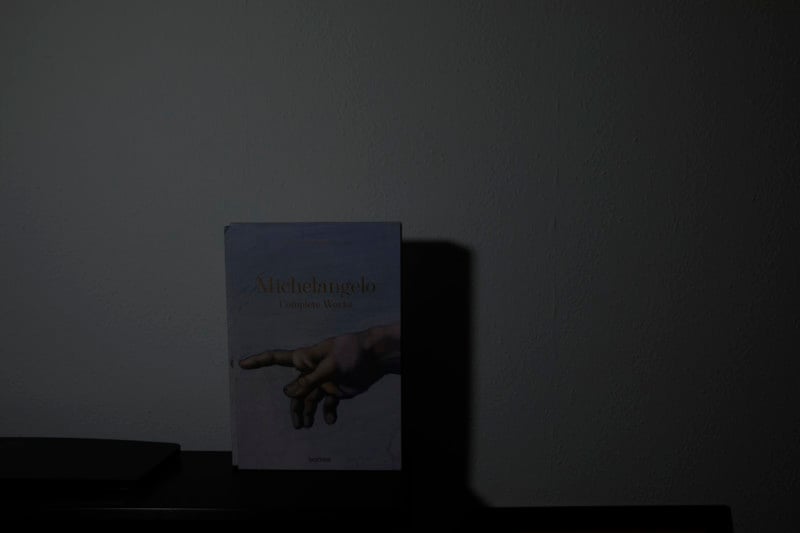 As you can see, there is no difference between 2 or 3 layers. The only difference is actually the power. Power is critical, especially if you’re working with battery-powered lights. 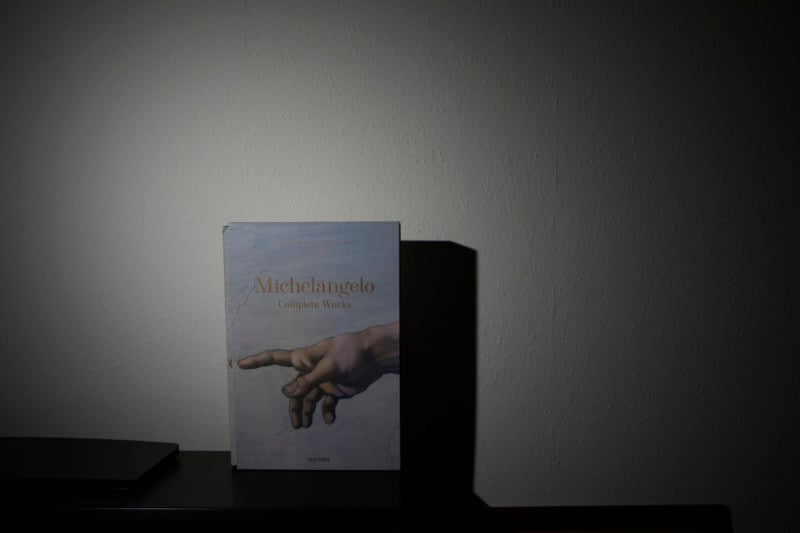 A grid will reduce the light spread, but diffusion will increase. So, how do photographers get diffused yet gridded light? The secret is in placing diffusion behind the grid. It is intuitive with softboxes, but with hard reflectors, many tend to put their diffusion after the grid. That defeats the purpose of the grid.

Here is how that looks: 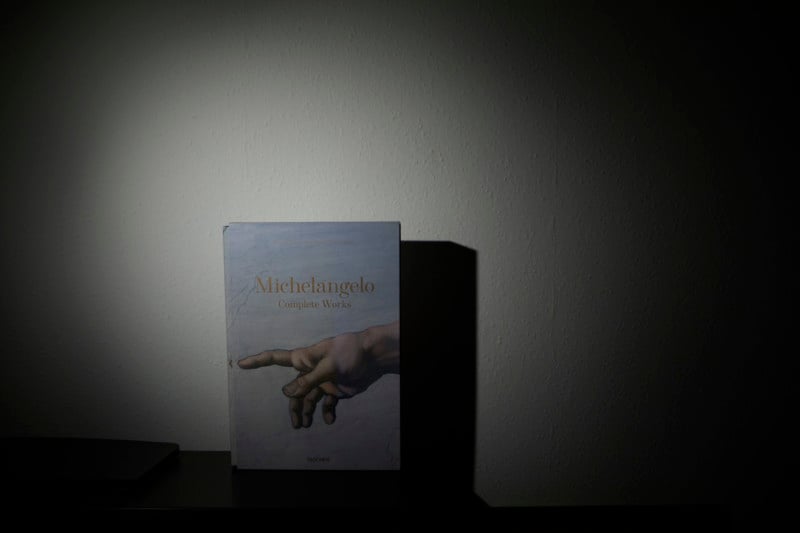 
Light has two qualities: either soft or hard. Diffused or specular are a sliding scale and co-exist in 99% of all situations. You can combine soft with specular and hard with diffused, although a soft specular light will be hard to achieve (I couldn’t within my small living room studio).

Although soft and diffused tend to co-exist in a lot of cases, it is still important to know the difference in order to have as many tools as possible to create your vision.