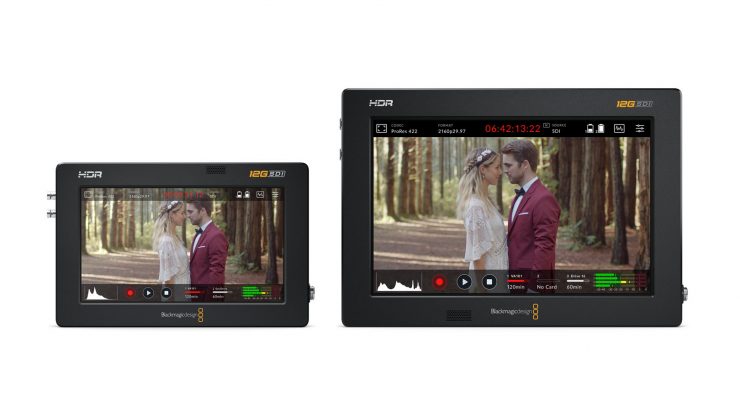 A brighter screen and Blackmagic Raw support are not the only improvements to the Video Assist monitor/recorders. Several new or improved features make these monitors a worthwhile upgrade. 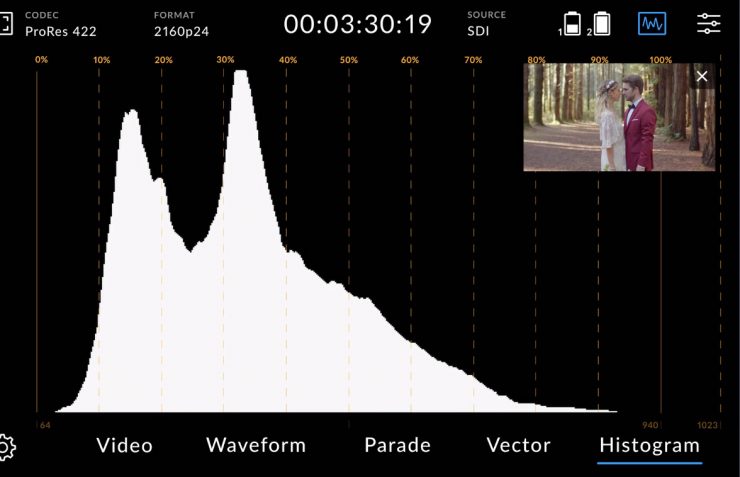 
The Video Assist 12G features waveform, RGB parade, vector, and histogram tools. A picture-in-picture feature lets you preview what you’re shooting at the same time as viewing the tools onscreen.

LUTs can also be applied for either monitoring or to be burned into files as you shoot. There are several built into the new Video Assist 12G, and much like the original Video Assist you can also import your own custom 3D LUTs


The monitors’ record to either single (on the 5” version) or dual hot-swappable (on the 7” version) SD card slots up to 10-bit 4:2:2 ProRes or DNx formats, at framerates of up to 2160p60. A great addition is adding Blackmagic’s own Blackmagic Raw, BRAW, codec support for raw external recording on the Panasonic EVA1 and Canon C300 MkII cameras. I wonder in Blackmagic Design will add other cameras to support BRAW like the Nikon Z6, not likely since Nikon has partnered with Atomos and uses ProRes RAW, but a man can dream. 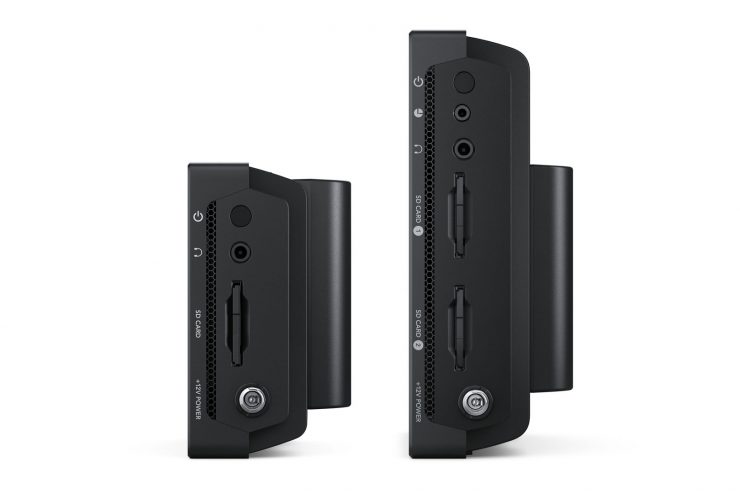 
Like the original Video Assist, one may record to SD cards, but the new 12G versions make it possible to record directly to a USB flash drive like the Samsung T5 over a USB-C connector. 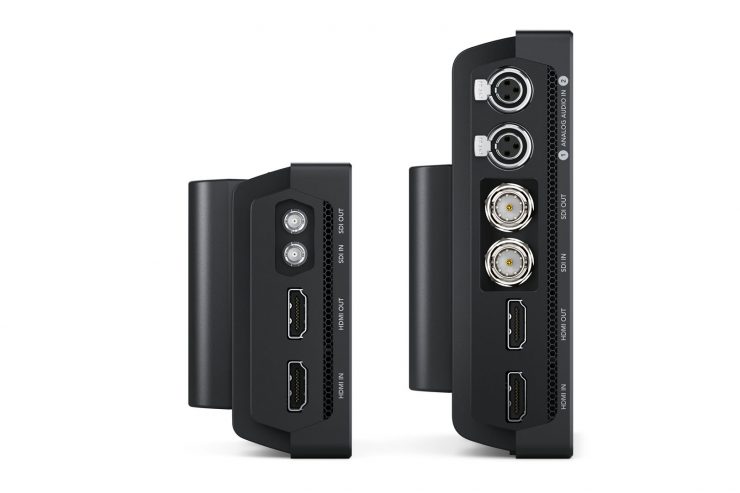 
HDMI 2.0a in and out supports in both models. SDI in and out is also standard, and like the original 5″ the new 12G version 5” model connectors are micro-BNC. The 7” version sports full-sized SDI in/outs. The 7” model also features dual mini-XLRs for analog audio input and a lanc port. Both models have a 3.5mm socket for headphones and a new tally light on top.

Blackmagic Video Assist 12G includes a built-in professional audio recorder that’s much better quality than the audio quality found in most cameras, eliminating the need to carry around extra audio equipment. When working in SDI formats, customers can record 2, 4, 8 or 16 channels of audio in real time. For connecting microphones the Video Assist 7″ model has two XLR analog audio inputs with phantom power that support the high definition audio sample rate of 192 kHz at uncompressed 16 and 24 bit per sample. 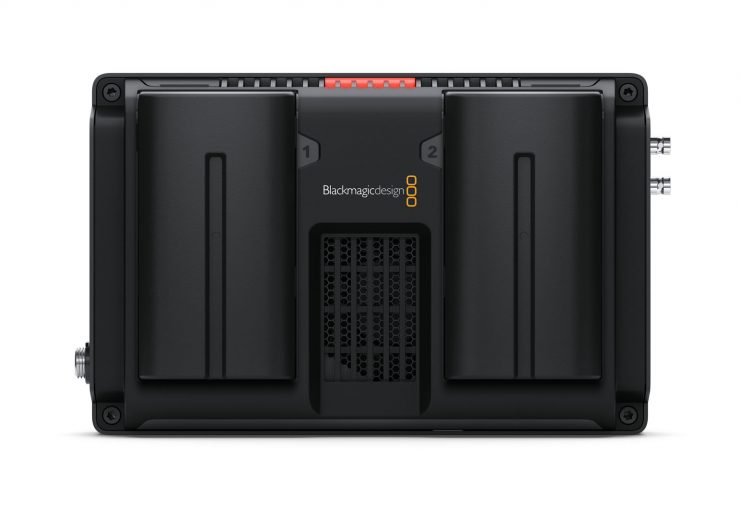 
For a first time, the Video Assist 12G uses the Sony L-type batteries for longer runtimes over the Canon LP-E6 batteries used on the previous models. There are two hot-swappable slots and the monitor will drain the least-charged battery first to maximize runtime.