What is the Tentacle TRACK E Audio Recorder?


Tentacle Sync’s new TRACK E is a small audio recorder that fits right in their ecosystem. It’s smaller than an average wireless audio belt pack. That’s practical, because the recorder is meant to be attached on the person being recorded.

The device records onto an internal micro-SD card. This eliminates the need for an analog or digital radio signal being transmitted with all its drawbacks.

The Track E can be timecode synced with Tentacle Sync’s own SYNC E devices. This combination is a nifty solution to elegantly handle dual system audio in a small crew. Or as a one-man-band for that matter.

A couple of companion apps for Android, iOS, macOS and Windows help you get the most out of the TRACK E. However you could even use the device only with a smartphone!

In case you missed it back then, you can also watch our video interview with the Tentacle Sync founder Uli Esser from IBC 2019 (remember when there were still trade shows?) where they first presented the TRACK E audio recorder:


Conventionally audio devices record 16- or 24-bit fixed point audio, the Tentacle TRACK E Audio Recorder can be set to record 32-bit float. In a 32-bit float file bits are used differently than in “normal” fixed point recordings. This results in a vastly increased dynamic range. (If you want to know more, please check out this article from Sound Devices.)

In the video review I did a little non-scientific test how well 32-bit works and how it can be used. 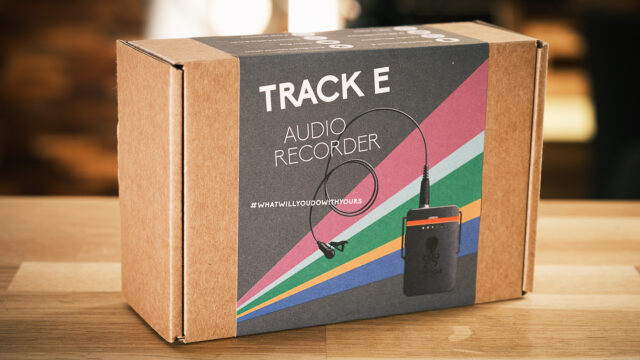 
Now let’s have a quick look at the numbers:

The included microphone is a black omnidirectional electret-condenser mic with a frequency response of 50 Hz ~ 20.000 Hz, 150cm of cable. 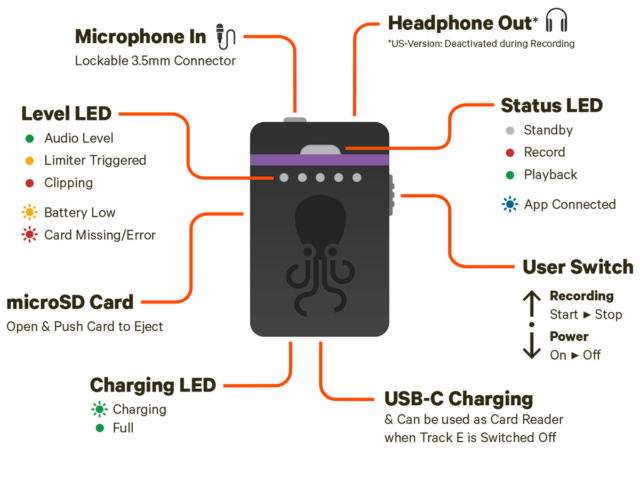 
While on its own the TRACK E is a capable and useful device, it really shines when combined with a SYNC E timecode device. Audio quality is great, even with the included Lav microphone, but can be improved by adding a better quality microphone. Before you ask: my favorite lavalier is the Voice Technologies VT500.

Please let us know your thoughts, or experience with the TRACK E in general and with 32-bit float recording in particular — you guessed it: in the comments below!