Staff member
In the recent DIY Perks project, Matt built a large format camera using an old episcope lens that produces the same results as a 35mm f/0.4 lens (full-frame equivalent) for the total cost of $190.

Matt from the Youtube channel DIY Perks is indeed a very creative guy. We featured his work previously – you might remember when he made the Canon EOS R5 record 8K raw without any limit by swapping the camera’s internal heat sink with his own better design. This time Matt decided to create a large format camera (or a VERY fast lens – depending on how you look at it) and the resulting footage looks unique.

It is all about shallow DoF


The chase for shallow depth of field that results in the blurry background full of bokeh and helps separate the subject and give the viewer a sense of depth has always been a part of the filmmaker’s (and of course photographer’s) life. Although a shallow depth of field alone does not guarantee a nice result, it is one of the tools that is supposed to help tell the story and make the images more appealing. 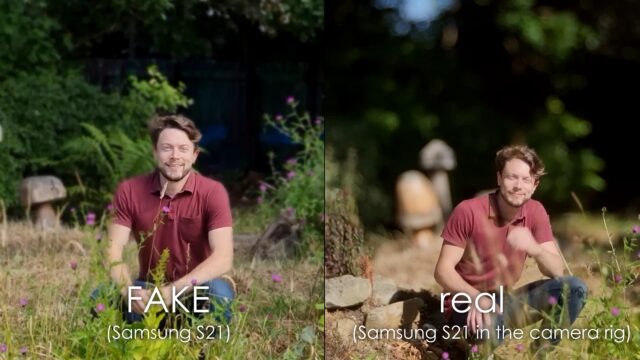 Comparison against fake bokeh from a smartphone. Source: DIY Perks

If I simplify things a bit, there are basically two ways on how to (optically) reach a shallower depth of field with a given angle of view (and a fixed subject distance to the camera):

The first option that uses larger projection circle (larger “sensor”) is more interesting, as there are many affordable vintage specialty lenses that allow for interesting results.

In fact, we already reported about a similar DIY project in 2018 when filmmaker Zev Hoover built a large format camera. Matt’s project works similarly, but his setup is a bit neater and more practical in my opinion. 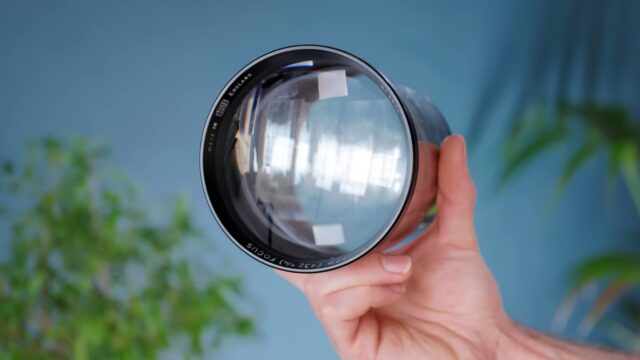 The lens that Matt used for his project is an old Episcope 432mm f/5 lens that was used in early projection devices to project a light bounced off of real objects. This massive lens produces a huge image circle of around 500mm in diameter. For reference, modern large format cine lenses produce image circles with a diameter of around 46mm.


The challenge here is how to capture the whole image circle. There are obviously no digital image sensors that could capture such a large image. The idea that Matt used for his project is to position a thin semi-transparent screen in the projection plane of the lens, and then capture the image on that screen from the other side with any camera. 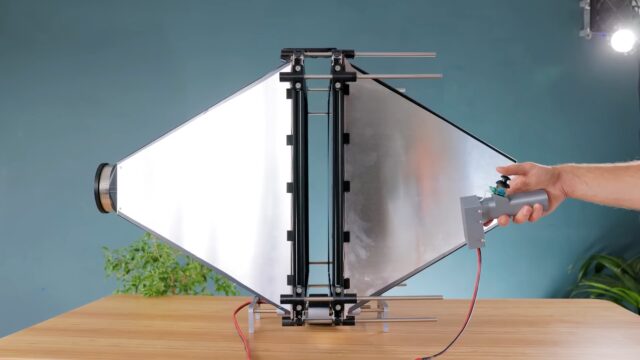 Photography diffusion sheet is the material Matt went with, as it has quite a fine structure and fitting characteristics for this purpose. The sheet was then sandwiched between two pieces of acrylic glass. In the process of construction, Matt found out that the image on the diffusion sheet showed heavy vignetting, so he had to use two flat Fresnel lenses to direct the light rays towards the camera at the back. 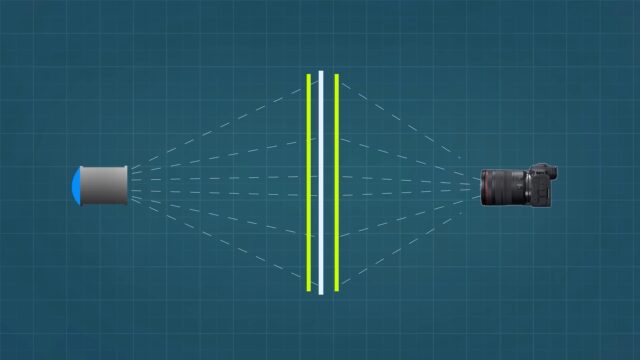 The next improvement to the camera’s design was creating a mechanical focusing system to be able to precisely change the focus. Matt used two threaded rods connected with a low-rpm motor and to be honest, it looks quite neat and seems to be working very well.

Finally, to block unwanted light from entering the lens system from the side, Matt made a short bellow sleeve from black paper. 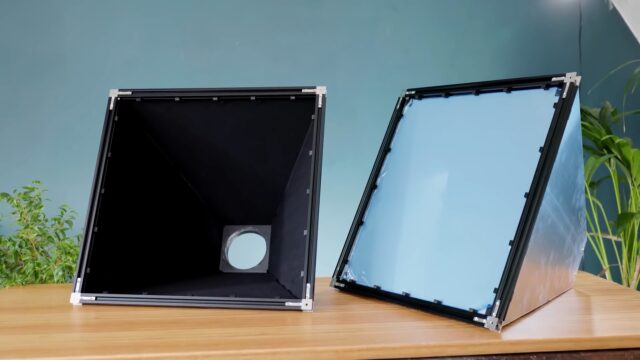 I have to admit, I am very impressed by the resulting clips and the look of the shallow depth of field shots that Matt captured for the video. This whole system transforms this Episcope 432mm f/5 lens into a 35mm f/0.4 thanks to a crop factor (relative to full-frame) of 0.08x. 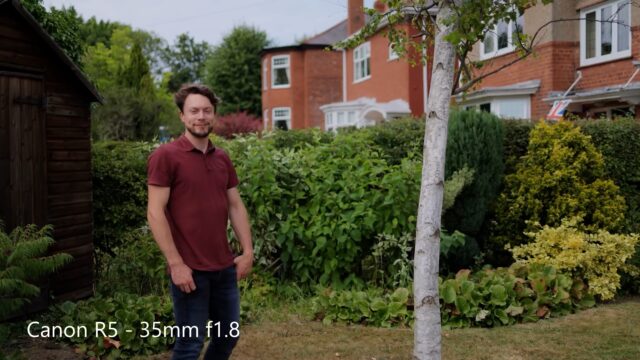 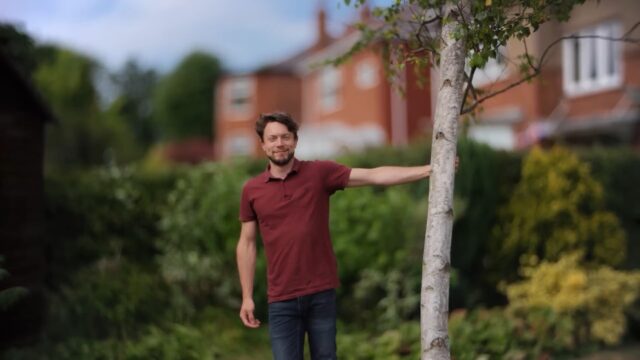 
As this is a DIY project, this kind of device is not being sold commercially, of course. For those of you who are, like me, tempted to build such a device yourselves, Matt promised he will put together a package with designed models for all the 3D-printed parts, all the measurements, etc. At the time of writing the article, this was, however, still not available. Let’s hope Matt will include the link as soon as possible. The other essential gear is, of course, a fitting Episcope lens, which might actually be a bit difficult to get.

The total cost of the material for this project is, according to Matt, around $190. This will, however, depend on the price of the lens. I can imagine the prices of similar lenses went significantly up after Matt released the video.

What do you think of the DIY Perks’ latest project? Are you tempted to build this yourself? Let us know in the comments section underneath the article.