Staff member
GEPRC CineLog20 is a new small and lightweight FPV pusher-style quadcopter with 2″ propellers and prop guards. The option with DJI O3 Air Unit weighs 140g (around 200g with a 4S LiPo battery pack). The drone is able to carry an additional naked action camera that sits on a dampened vibration-free mounting plate.

Since the introduction of the DJI O3 Air Unit in November 2022, we have seen quite a few third-party drones with this camera transmission system becoming available, such as the sub 249g 2.5″ FPV quadcopter iFlight Defender 25, which I wrote about earlier in January. Another Chinese drone manufacturer GEPRC modified one of its newest drones to fit the DJI O3 – the 3″ FPV drone GEPRC Cinebot30. The same company recently announced yet another new FPV quadcopter that offers the DJI O3 Air Unit as an option – this time it is an even smaller FPV quad suited for indoor flying – the GEPRC CineLog20. Let’s take a look at the details.


CineLog is perhaps GEPRC’s most successful line of FPV drones. I own the CineLog25 and it is a very good pusher-style drone for tight indoor flying that can easily carry the GoPro HERO10 Bones. With the new CineLog20, GEPRC created an even smaller and lighter drone. 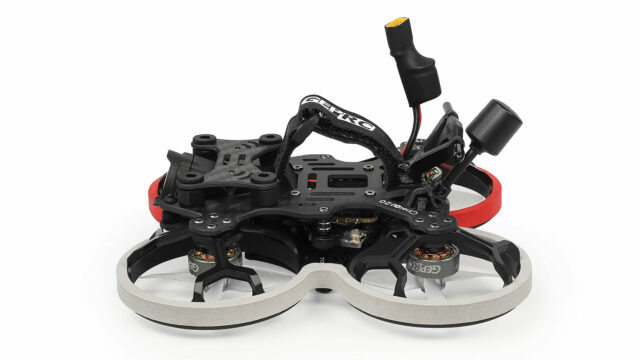 The CineLog20 features 2″ propellers with rugged injection-molded prop guards. Just like with the previous CineLog drones, the motors and props are mounted upside down which is known as “pusher-style”. GEPRC claims this increases efficiency.

The drone uses GEPRC SPEEDX2 1303.5 5500KV motors with 2″ Emax 4-blade propellers. The flight controller is the GEP-F411-35A AIO. There are multiple receiver options depending on the system you use – PNP (built-in DJI receiver), ELRS2.4G, TBS Nano RX / RXSR. 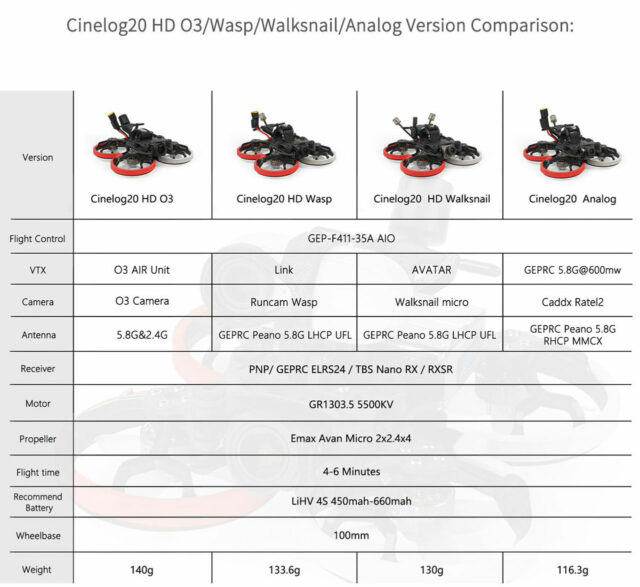 Now, because of the tiny footprint, low weight, and 2″ propellers, I would generally not recommend taking the drone out in a windy environment as it will not be very stable. That is why GEPRC also advertises this as an indoor drone.


The drone is available with the DJI O3 Air Unit, but also with other FPV camera systems:

Out of these cameras, the O3 Air Unit will certainly produce the best image, so if you do not plan on mounting a secondary action camera on the back, I would only consider the O3. It can record up to 4K60 footage and has built-in 20GB storage. 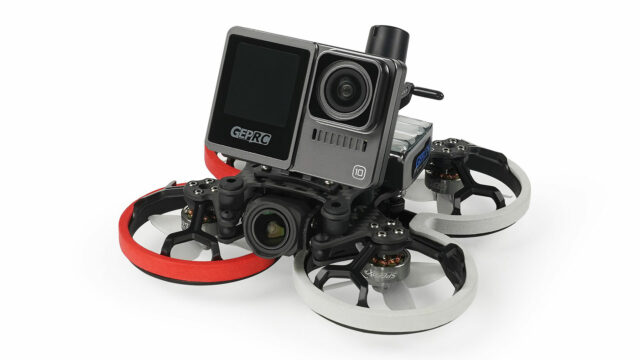 The camera mounting plate is redesigned with vibration reduction mounts. That applies both to the drone’s camera as well as to the optional secondary camera. GEPRC claims that on its back the drone is able to carry naked GoPro Hero8/9/10/11 cameras, DJI Action 2, Insta360 Go 2, Caddx Peanut and other light and small action cameras. Interestingly, GEPRC offers ready-made naked GoPro cameras in their store. 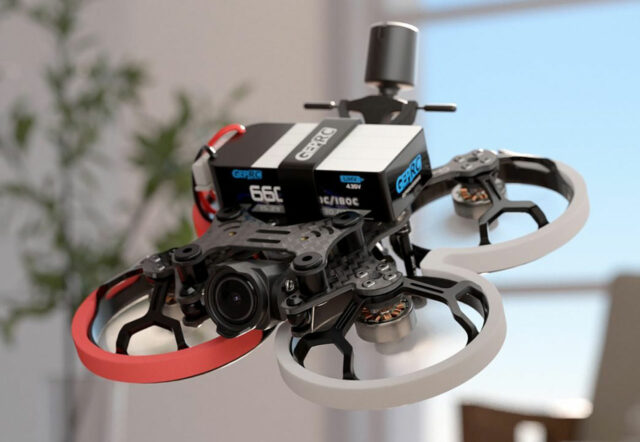 The CineLog20 is a 4S drone, so it accepts only 4S LiPo battery packs. GEPRC recommends LiHv (high-voltage Lithium Polymer) 4S batteries with a capacity between 450 and 660mAh. The total flight time will then be between 4 and 6 minutes depending on the final take-off weight and size of the battery. 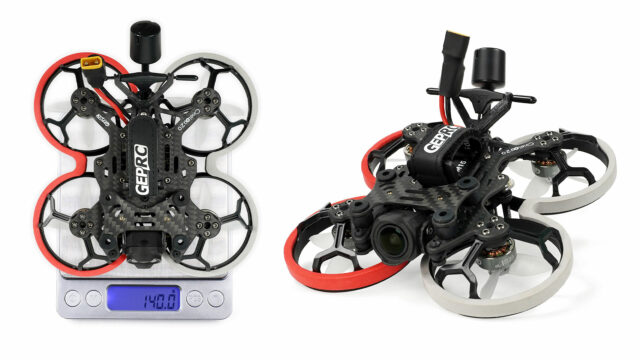 The weight of the GEPRC CineLog20 (with the DJI O3 Air Unit and the TBS Nano RX) is only 140g. The heaviest recommended LiPo battery (650mAh) will weigh around 74g. That means the drone is safely below 249g. In fact, even with a naked GoPro or another lightweight camera, it could still fall below 249g.


The drone is now available in the GEPRC online shop. Depending on the type of receiver, the DJI O3 version of the GEPRC CineLog20 drone costs between $480 and $515. Versions of the drone with other camera systems are more affordable with the analog version being the most affordable starting at $200.

If you are new to FPV, do not forget that the LiPo battery packs, radio controller, as well as FPV goggles need to be purchased separately.

Do you use FPV drones for your work? What do you think about the new GEPRC CineLog20? Is the image from DJI O3 Air Unit good enough for you or do you always use a secondary camera – a naked GoPro? Let us know in the comments section underneath the article.