This new model sits in the same price range as the NANLITE Forza 720B (review here) and Aputure LS 600x Pro (review here). It seems like an aggressive competitor, at least on paper. So let’s take a closer look at what the new Godox Knowled M600Bi has to offer.


The Godox Knowled M600Bi is a high-output COB LED fixture with a maximum power consumption of 730W. As the name suggests, its color temperature is adjustable between 2,800 and 6,500K, hence reducing the need of using gels.

The light is fully dimmable from 0 up to 100% of its intensity in precise 0.1% increments. Depending on their preference, users can choose between four different dimming curves (Exponential, Linear, Log, and S-Curve). 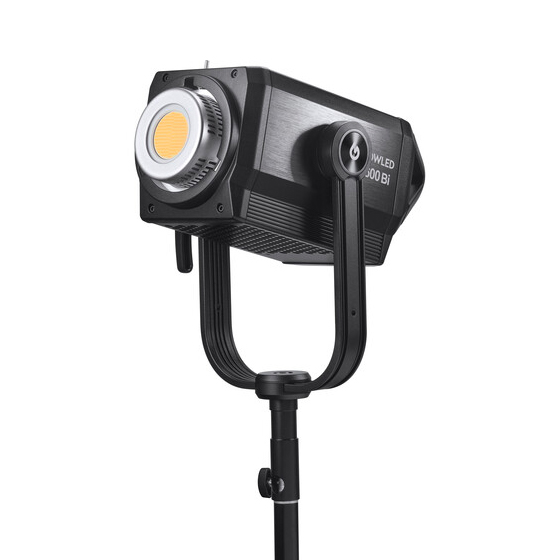 According to the company, the M600Bi can output up to 17,500 lux at a distance of 3 meters (5,600K) using the included reflector. Furthermore, the lamp head can be paired with the optional Godox FLS10 Fresnel lens to achieve 40,100 lux at the same distance. Moreover, the company claims 96+ CRI and 97+ TLCI ratings for this light.

The lamp head features an industry-standard Bowens mount, which makes it compatible with a vast range of proprietary and third-party modifiers. Moreover, like most LED lights these days, the M600Bi comes packed with 7 integrated lighting effects (flash, lighting, broken bulb, TV, candle, fire, and fireworks). 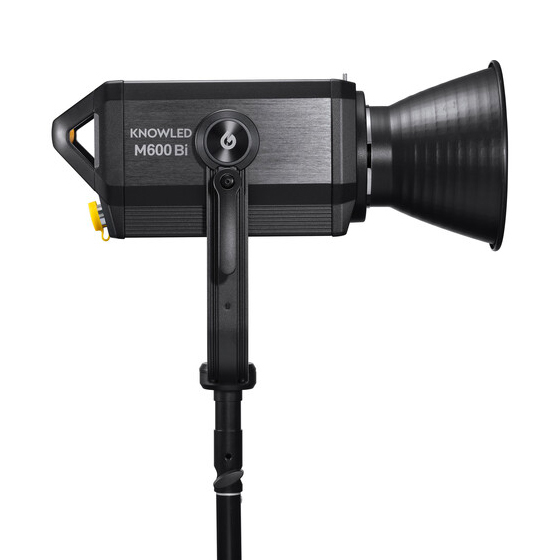 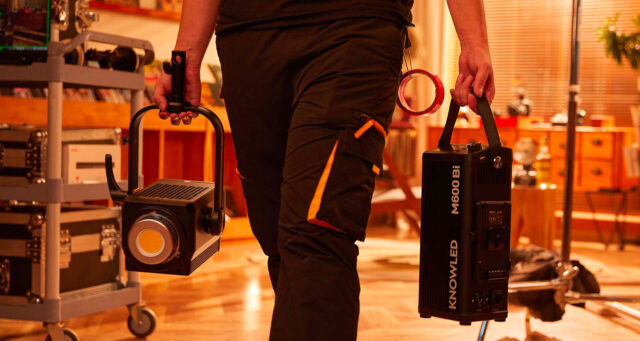 The lamp head features a heat dissipation fan, that should ensure silent operation even when the fixture is set to full power, according to Godox. Also, a silent mode allows users to switch off the fan in order to avoid interference with sound recording. 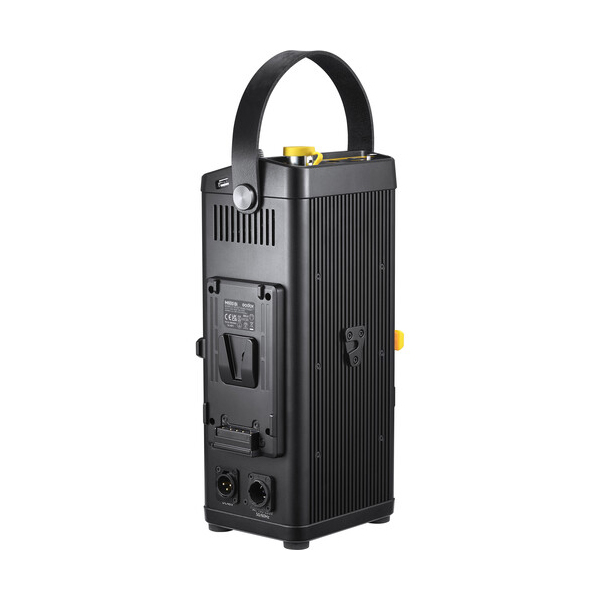 The M600Bi provides a good amount of flexibility when it comes to powering the unit. Indeed, the light can be fired up using 100-220 VAC power or two V-mount batteries (14.8V or 26V). However, using batteries reduces the maximum output that can be achieved.

Along with onboard controls, users can adjust settings using the Godox Light smartphone app (available for both iOS and Android devices) or the optional RC-R9 remote controller. DMX control is also supported for more advanced applications. 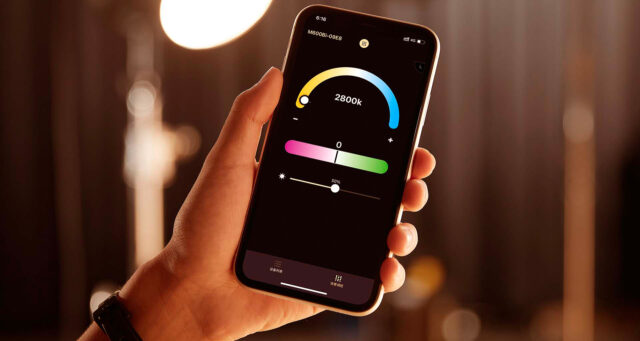 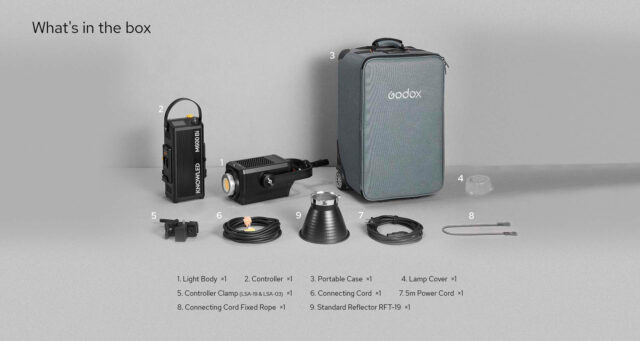 
The new Godox Knowled M600Bi is now available for pre-order from B&H. Its official retail price is $1,599, which is a little more expensive than the Knowled M600D daylight version (which currently retails for $1,499). Finally, the Godox FLS10 Fresnel lens is also available for $199.

What is your go-to LED fixture when you need extra punch on set? What do you think of the new Godox Knowled M600Bi? Let us know your thoughts in the comment section below!