While old-fashioned HMI light sources are slowly giving way to daylight-balanced LED alternatives, the market is also getting ready to welcome high-output LED fixtures with an adjustable color temperature. During IBC 2022, NANLUX released the Evoke 1200B, which will soon need to fight back products from the competition.

Only last month, Chinese manufacturer Godox released the Knowled M600Bi, a bi-color variant of the powerful daylight-only M600D. The M600Bi is the company’s brightest bi-color fixture to date, but Godox has something even punchier up their sleeve. Make sure to check out the teaser video for their forthcoming Knowled MG1200Bi below.

Godox Knowled MG1200Bi: what we know so far


Although the full list of specifications is not available yet, the company already provided a taste of what the Godox Knowled MG1200Bi is all about. The color temperature of the fixture is adjustable between 2,800-6,500K, and, according to the manufacturer, fully exploits the 1200W power draw regardless of the selected color temperature value. 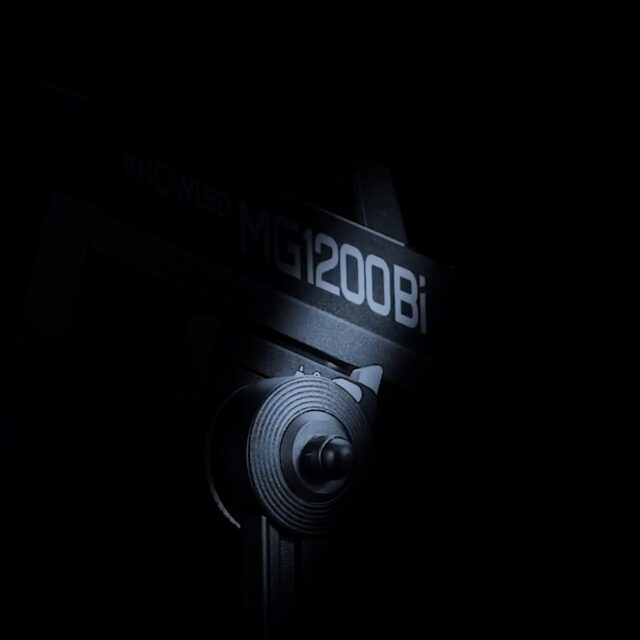 The light is dimmable from 0.1 up to 100% of its intensity in precise 0.1% increments, thus providing users with granular control over light output. Unfortunately, the company has not disclosed any photometric measurement yet. For reference, the M600Bi with reflector has a claimed maximum output of 17,500 lux at a distance of 3 meters (5,600K). 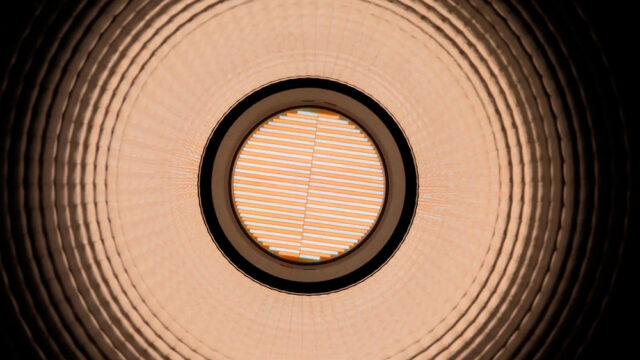 As can be seen in the teaser video, the lamp head features an intelligent accessory mount system with electronic pins that allow it to automatically detect the type of light modifier that is being paired with. This is nothing new, as the ARRI Orbiter already comes with this capability. A 30 and 45° reflector can be spotted in the video, but it’s likely that Godox is working on other accessories and optics behind the scenes. 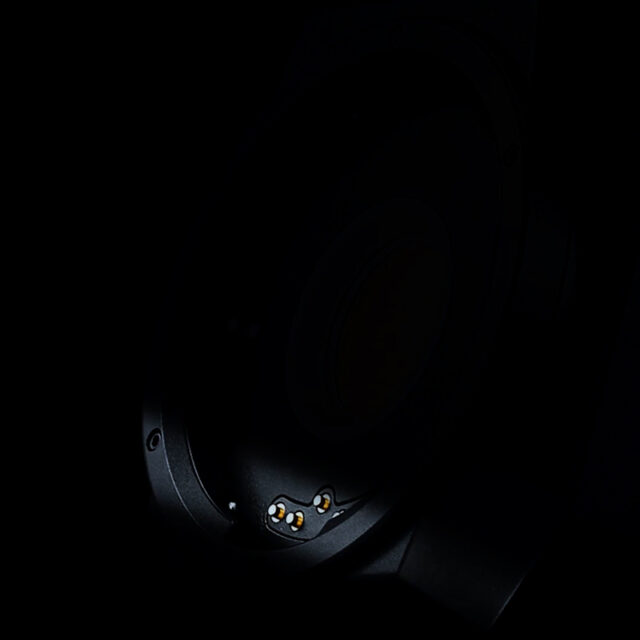 The Knowled MG1200Bi requires a dedicated power supply unit to be fired up. Being IP54 rated, the system should be protected from water sprays and dust. The Knowled M600Bi offers onboard, smartphone, and DMX control, so I expect the Knowled MG1200Bi to come with similar, if not even better connectivity tools. 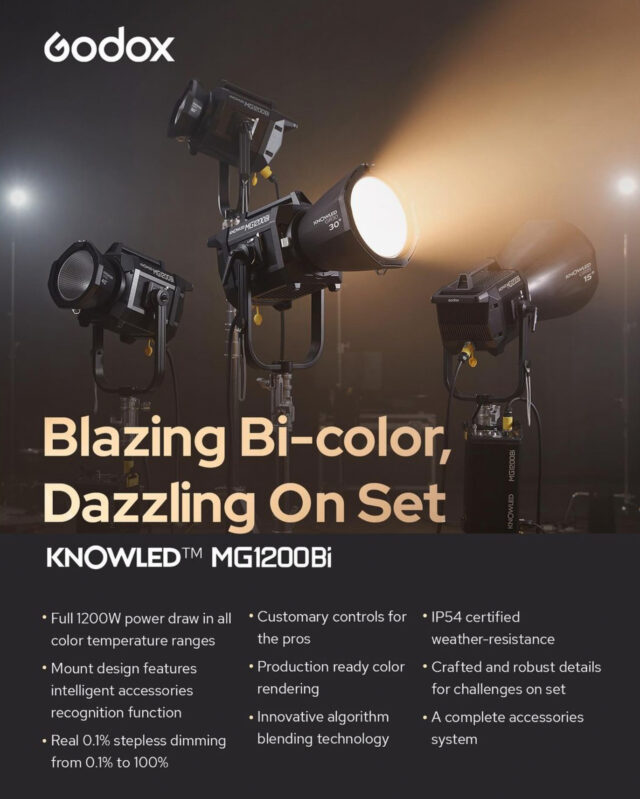 
Currently, there’s no official information regarding price and availability of the Godox Knowled MG1200Bi. For reference, the M600Bi is currently listed on B&H for $1,599. We will update the article as the company discloses more information.

What do you think of the upcoming Godox Knowled MG1200Bi? Let us know your thoughts in the comment section below!