Staff member
The newly announced Laowa PROTEUS 45mm cine lens is the first one in the 2x anamorphic series from Venus Optics. In the future, there will be 35mm, 60mm, and 85mm PROTEUS 2x anamorphic lenses all with T2 aperture and similar size and weight. The 45mm lens covers Super35 image sensors and comes with user-interchangeable EF and PL lens mount. It is supposed to be available by the end of 2022 / beginning of 2023. The price is unknown yet.

In yet another video from the Inter BEE trade show in Tokyo, Johnnie met up with Li Dayong from Venus Optics to talk about a new anamorphic cine lens in the Laowa lineup. Traditionally, the Chinese company focused on spherical lenses only, but this year Venus Optics entered the anamorphic territory with its Nanomorph series – a series of very compact 1.5x anamorphic primes.

At Inter BEE 2022 in Japan, Laowa gets another anamorphic lens and this time it features the “real” 2x squeeze. Let’s take a look at the details. 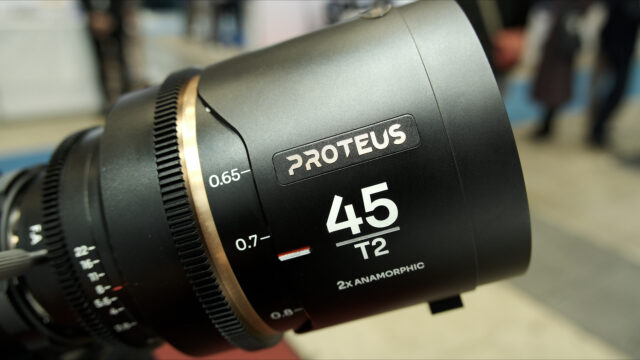 The Laowa PROTEUS 45mm lens, which took two years to develop, is not going to be the only 2x anamorphic lens from Laowa. It is, in fact, only the beginning of the whole line of lenses. According to mister Li from Venus Optics, there will be three more lenses coming in the future – 35mm T2, 60mm T2, and 85mm T2. All the lenses will have a similar size and weigh around 2.3kg. The front diameter of 114mm will also be kept throughout the whole range.

The lens is designed for SLR lens mounts with longer flange focal distance and it will come with EF and PL lens mounts. The good news is that the mount is user interchangeable. Being EF and PL (and fully manual) makes the lens also easily adaptable to any modern mirrorless camera through a simple lens adapter. 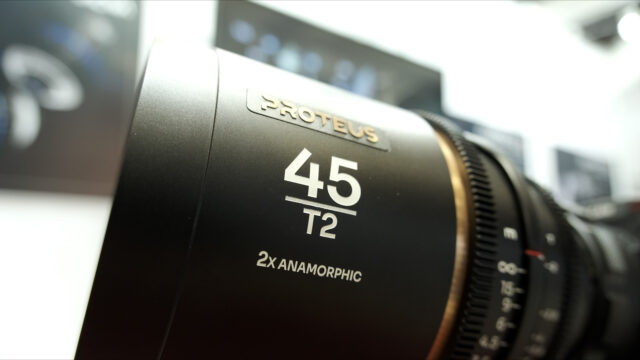 As a cine lens, the PROTEUS 45mm has two geared rings – one for focus and one for iris adjustments. The lens body looks solid with a full metal build. There is also a third non-geared ring for back focus adjustments. Venus Optics included the third ring based on user feedback from previous anamorphic lenses to make it easier to adjust back focus. 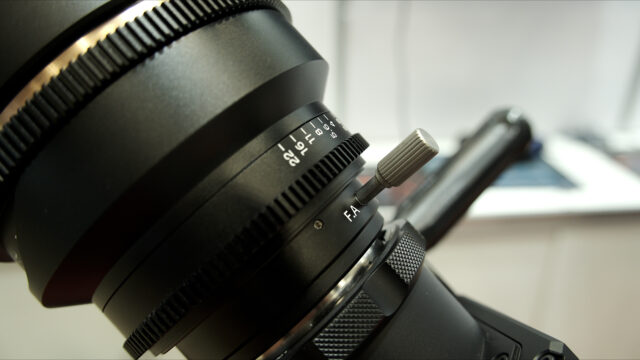 The Laowa PROTEUS covers Super35mm sensors, but mister Li told us that the image circle is slightly larger so the lens can be used with full-frame sensors with a sensor height of up to 22mm.


The Laowa PROTEUS 45mm T2 2x anamorphic lens will be available by the end of 2022, or beginning of 2023. The price has not been finalized yet and we also did not get a price range from mister Li Dayong at the moment. He told us, however, that Venus Optics aims to keep the price as affordable as possible and they want to stay in the owner-operator area rather than the rental-house pricing area. The lens is aimed at professionals and it is a 2x anamorphic, so the price will understandably be higher than the Laowa Nanomorph series for instance.

Do you shoot with anamorphic lenses? What do you think about Laowa anamorphic primes so far – the Nanomorph series and now PROTEUS? Let us know in the comments section underneath the article.