Staff member
We recently sat down for an interview with Yamane-san, director of the Imaging Business Unit at Panasonic, to learn more about the new LUMIX S5 II and S5 IIX cameras as well as potential future developments within the ongoing L² Technology alliance with Leica.

At the beginning of the year, Panasonic introduced the newest members of their LUMIX S full-frame series: the all-rounder LUMIX S5 II and the video-centric S5 IIX. By popular demand, they are the first LUMIX cameras to feature a long-requested hybrid phase-detection AF system.

This new feature alone opens up new and interesting scenarios for Panasonic’s imaging systems. So get comfortable, grab a drink or a snack, and get all of Yamane-san’s answers to Johnnie’s questions (and, hopefully, also yours) on the new cameras! 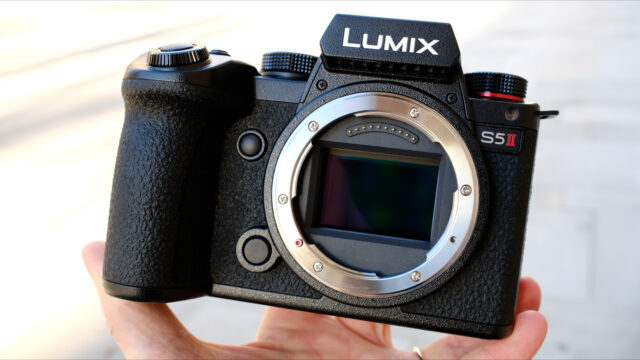 
Johnnie: Dear Yamane-san, Happy New Year! And how are you?

Yamane-san: Happy New Year, Johnnie! Thank you very much for your strong support for LUMIX last year. And I really appreciate your giving me the opportunity to talk about new LUMIX products from the beginning of this year. 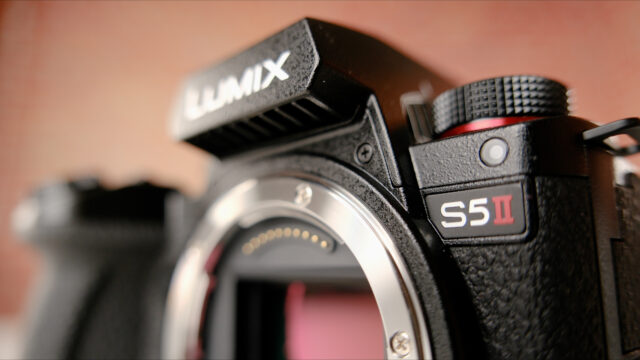 Johnnie: You just announced the new LUMIX S5II. This camera has a new sensor, image processor, and not less importantly, a new autofocus system. Finally, you are using phase detection autofocus in your new camera! What took you guys so long?

Yamane-san: In August 2023 we will celebrate the 15th anniversary of the G1, the world’s first mirrorless interchangeable-lens camera and the first model of the Micro Four Thirds series. We have taken on various challenges based on our high technological capabilities to “create a new photo culture”.

In addition, since the introduction of the full-size mirrorless S series in 2019, we have been supporting creators, and under the LUMIX brand tagline of “Motion.Picture.Perfect” we have been developing products that allow creators to create works as they wish. In particular, we are working on technological development to achieve a high level of uncompromising performance in terms of the basic camera performance, like image quality, autofocus, and image stabilization.

With the priority on the balance of image quality and autofocus performance, we did not use PDAF so far but have achieved high-precision AF with contrast AF and DFD technology. The new engine developed this time has advanced image processing and signal processing, making it possible to raise both image quality and autofocus performance to a higher level. As a result, PDAF is adopted for autofocus, and higher precision AF is achieved with the new AF system “Phase Hybrid AF” by the combination of conventional contrast AF and DFD technology. 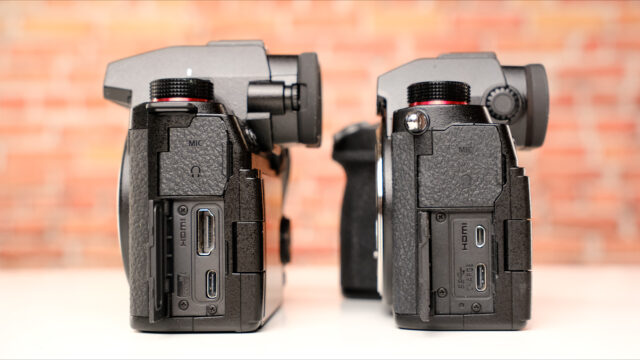 Johnnie: Can you please elaborate on the other new features in this LUMIX camera?

Yamane-san: The previous S5 model, released in 2020, was highly praised by creators who perform everything from shooting to editing by one person for the fact that in a compact body, it condensed high basic performance, such as image quality and image stabilization, as well as video performance. The successor model S5 II further evolves this highly acclaimed point and is equipped with new functions that are ideal for solo-operation creators.

In addition, thanks to the newly developed “Active I.S” image stabilization we enhanced the performance not only during normal shooting but also when walking around. In terms of image quality, we have further evolved our highly acclaimed color science to achieve natural rendering in both still images and movies.

Furthermore, a function called “Real Time LUT” is installed as a function that allows you to shoot creative expressions unique to creators without the hassle of editing. By loading your favorite LUT into the camera, you can record photos and videos after applying the LUT on the camera itself.

As for still images, high-speed continuous shooting (RAW compatible) at 30 frames per second with AF tracking is possible, and for movie shooting, 6K30p is supported, and unlimited recording is realized at 6K24p and 4K60p. These attractive functions are condensed into a body almost the same size as the S5, and together with the high AF performance I mentioned earlier, we want to thoroughly support creators’ photography and videography. 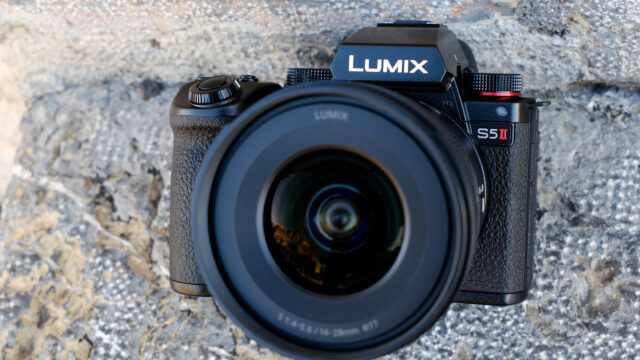 Yamane-san: As I mentioned earlier, this camera is based on the S5 and all elements have evolved, and together with the S5 we want to address a wide range of users, so we named it the S5 Mark II. Together with the S5ⅡX, which was announced at the same time, we would like to support many users from low-end to high-end, for still images and for movies, and convey the quality of LUMIX.

Johnnie: This camera is the first to be jointly developed with Leica under the L² alliance. What was exactly Leica’s role in the development stage?

Yamane-san: The engine installed in the LUMIX S5II and S5IIX is a new engine that Leica and our company worked on together to improve image quality through high-performance image processing. By combining Leica’s commitment to image quality cultivated over its long history with Panasonic’s innovative digital technology, we have achieved high-resolution performance, rich color expression, and natural noise reduction.

For future joint development of L² technology, we will not only conduct joint investment and development for some fixed development goal but also discuss themes that we and Leica will jointly pursue in the course of our collaboration. We jointly developed the engine for the S5II, but we are continuing to discuss future themes centered on core devices. Both companies will jointly develop technologies to make their respective products more attractive in the future. 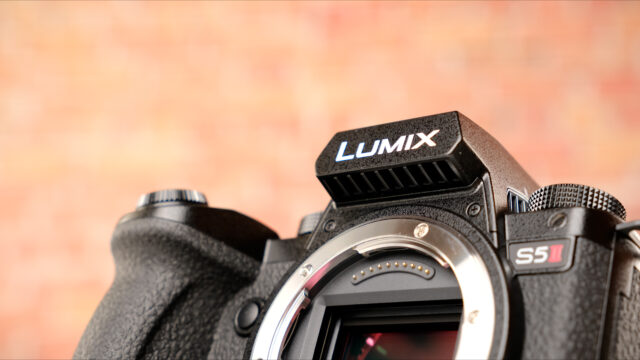 Johnnie: By the way, I see that SIGMA is missing from the L² alliance, can you please share with us “why that is”?

Yamane-san: The Ⅼ-Mount Alliance aims to provide stable product compatibility among the alliance partners, and we are working closely with Leica and Sigma. Regarding L² Technology, this is a partnership for joint investment and joint development of functions and values that will be incorporated into each other’s cameras by fusing Leica’s image-making philosophy and optical technology, which has a history of over 100 years, with Panasonic’s digital image processing technology. Therefore, these two are completely different things, and we are promoting them on separate axes.

Johnnie: You also announced the LUMIX S5IIX. What can you tell us about this new camera?

Yamane-san: The S5II and S5IIX were developed with the concept of creating a new-generation full-frame standard camera, and I am proud to say that they are cameras that thoroughly support creators in both still image and video production.

As I mentioned earlier, with the three models including the S5, we would like to address more users, from low-end to high-end, focusing on one-man operation creators, conveying the quality of LUMIX and supporting them. While the S5 II is an all-around camera that achieves high performance in both still images and videos aimed at a wide range of users, the S5ⅡX is a model with further enhanced video functions from the S5 Ⅱ, targeting creators who want to create video content at an even higher level.

It is equipped with high-grade video recording modes such as ALL-Intra and ProRes that can also be used by professionals, video RAW data output via HDMI, live streaming function, etc. We adopted an all-black design with the meaning of supporting creators’ content creation behind the scenes with high performance and are also trying to differentiate in terms of camera design. 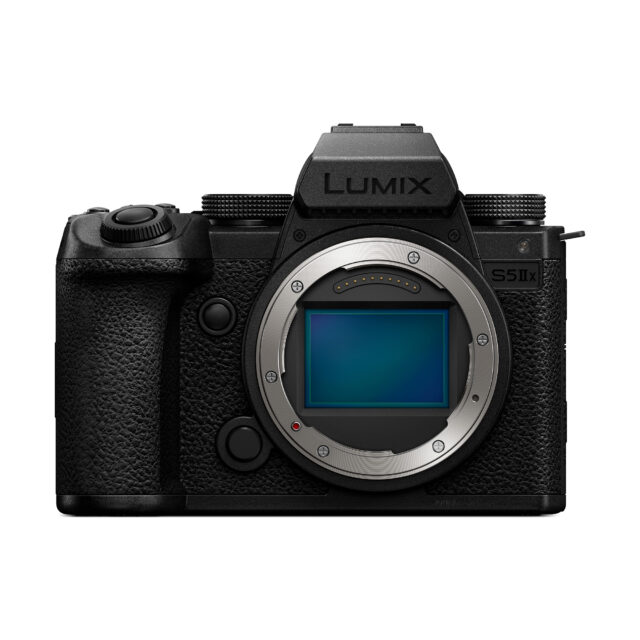 Johnnie: Why will it come during June? In today’s camera market, six months is almost an eternity!

Yamane-san: First of all, we wanted to deliver the S5II as soon as possible with high performance in both still images and videos aimed at many creators. As for the S5IIX, we wanted to make sure that high-end video creators would be fully satisfied, so we took the time to develop it.

This time, the S5IIX was announced at quite an early stage, but we want users to choose a camera that fits their use case, so we announced it at the same time as the S5II. It will be introduced to the market in June, but we are working to create a camera that will fully satisfy high-end video creators, so please look forward to it.

Johnnie: Can we expect all new LUMIX from that point onward to be featured with the new autofocus system, including future Micro Four Thirds cameras?

Yamane-san: In order for the S5II and S5IIX’s target users, solo-operation creators, to make full use of a full-frame camera with a shallow depth of field as they wish, we decided that installing PDAF would maximize its benefits.

As for future cameras, we will adopt the optimal autofocus method each time, while assessing the target users and customer benefits. We will consider installing PDAF depending on the characteristics of the model, not only for full size but also for MFTs, so please look forward to it. 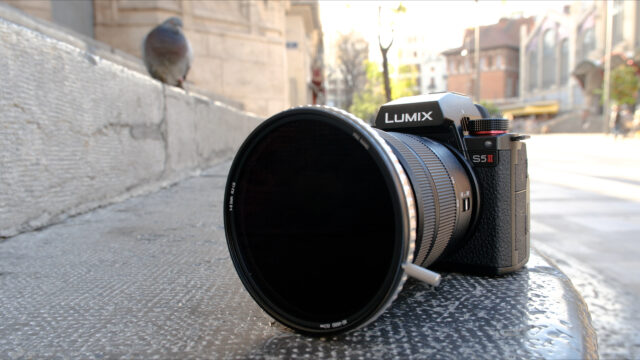 Johnnie: LUMIX’s higher-end line of cameras has now aged a bit. Can you please share with us if we can expect new high-end filming LUMIX devices to be presented during 2023?

Yamane-san: We will continue to support creators and develop products that creators want. And we will also consider the need for higher-end products to meet the future needs of creators. I can’t give you details about future products, but Johnnie’s high-end model for video production professionals may take a little more time. Anyway, please look forward to that day.

Johnnie: Thank you Yamane-san. Like always, it was great talking to you!

Yamane-san: Johnnie, thank you for your time today. With the S5II and S5IIX, LUMIX enters a new phase. LUMIX will continue to make steady progress as a brand that delivers joy and excitement to customers over the long term, such as by working with Leica on future product development. Please look forward to it!

What do you think of the new Panasonic LUMIX S5II and S5IIX? What features would you like to see in future LUMIX cameras? Let us know your thoughts in the comment section below!