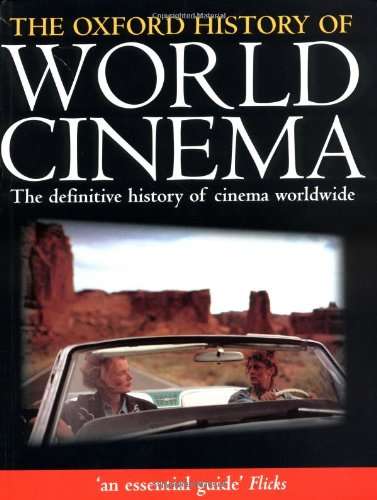 ​
The Oxford History of World Cinema is the most authoritative, up-to-date history of the Cinema ever undertaken. It traces the history of the twentieth-century's most enduringly popular entertainment form, covering all aspects of its development, stars, studios, and cultural impact. The book celebrates and chronicles over one hundred years of diverse achievement from westerns to the New Wave, from animation to the Avant-Garde, and from Hollywood to Hong Kong, with an international team of distinguished film historians telling the story of the major inventions and developments in the cinema business, its institutions, genres, and personnel. Other chapters outline the evolution of national cinemas round the world - the varied and distinctive filmic traditions that have developed alongside Hollywood. Also included are over 140 special inset features on the film-makers and personalities - Garbo and Godard, Keaton and Kurosawa, Bugs Bunny and Bergman - who have had an enduring impact in popular memory and cinematic lore.

With over 300 illustrations, a full bibliography, and an extensive index, The Oxford History of World Cinema is an invaluable and entertaining guide and resource for the student and general reader.