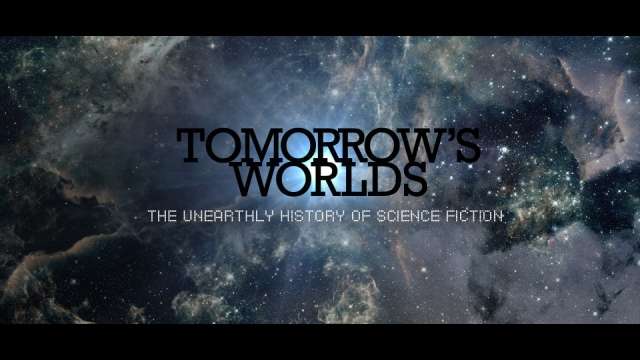 ​
In a landmark four-part series, historian Dominic Sandbrook explores the most innovative and imaginative of all genres - science fiction. He is joined by leading writers and film-makers, who tell the inside story of their best-known works.

Invasion. Episode 2.
Dominic Sandbrook continues his exploration of the science fiction genre with a look at its fascination with aliens. But what if we don't meet aliens in space and instead they come to Earth - to conquer us? Dominic and leading writers and film-makers look at science fiction's obsession with alien invasion, from all-out assault to sinister hidden threats, and how it has reflected real-life anxieties - whether they be the challenge to Victorian imperial power of HG Wells's War of the Worlds, the Cold War-era paranoia of Invasion of the Body Snatchers or more recent concerns about racism and immigration in District 9. The programme celebrates the most famous alien invaders of all - the Daleks. Among the contributors are David Tennant and Steven Moffat (Doctor Who), Richard Dreyfuss (Close Encounters of the Third Kind), director Roland Emmerich (Independence Day) and special effects maestros Phil Tippett (Jurassic Park) and Doug Trumbull (Close Encounters).


Robots. Episode 3.
Dominic Sandbrook continues his exploration of the science fiction genre with a look at its obsession with robots. The idea of playing God and creating artificial life has existed since the earliest days of science fiction. Dominic, leading writers and film-makers follow the story from the first halting steps of Frankenstein's monster, via the threats of Doctor Who's Cybermen and the Terminator, the provocative ideas of Blade Runner and Battlestar Galactica, to the worlds of cyberspace and the Matrix where humanity and technology merge. Among the interviewees are Rutger Hauer, actor Peter Weller, producer Gale Anne Hurd, Anthony Daniels and Kenny Baker, actor Edward James Olmos and novelist William Gibson.


Time. Episode 4.
Dominic Sandbrook concludes his exploration of the most innovative and imaginative of all genres by considering science fiction's most alluring theme - time travel. Having the power to change the past or see the future is a deep-seated human fantasy, and writers and film-makers have embraced its possibilities. From HG Wells's pioneering scientist in The Time Machine to Back to the Future's Marty McFly and Doctor Who's titular Time Lord, we've been presented with a host of colourful time travellers and their time machines. But is there always a price to be paid for meddling with the timeline? Among the contributors are David Tennant, Karen Gillan and Steven Moffat (Doctor Who), actor Christopher Lloyd and screenwriter Bob Gale (Back to the Future), actor Scott Bakula (Quantum Leap) and novelist Audrey Niffenegger (The Time Traveler's Wife).