Chinese manufacturer VILTROX is well-known for producing affordable lenses and adapters. Currently, the company is also trying to tackle the anamorphic lens market with the development of their first 1.33x full-frame series.

However, they have also been selling lighting equipment, including a series of COB LED spotlights sold under the name of Weeylite Ninja. This family is now expanding on the lower end of the intensity spectrum with the addition of two 120W models, the Ninja 10 and Ninja 10B. Their body interestingly lost the Weeylite label in favour of the VILTROX logo. Let’s take a closer look.


The new VILTROX Ninja 10 and Ninja 10B are two palm-sized COB LED lights with a claimed power consumption of 120W. While the Ninja 10 is a daylight-balanced fixture, the color temperature of the Ninja 10B is adjustable between 2,600 and 6,500K. 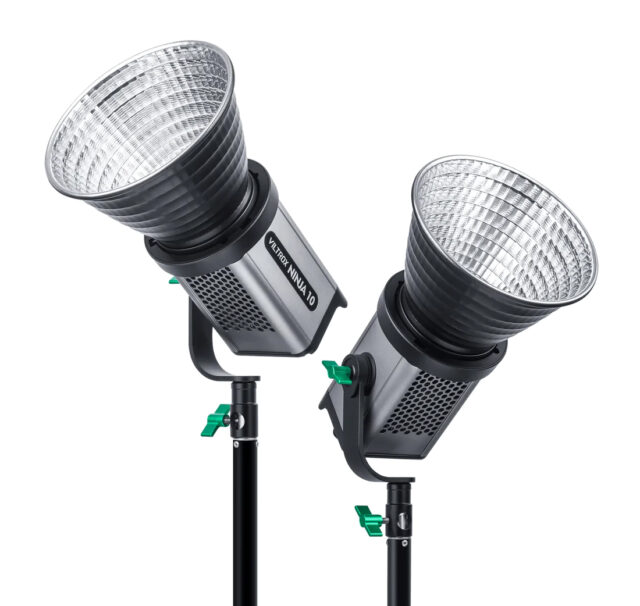 Both lights are fully dimmable from 0 up to 100% of their intensity, and score CRI 95+ and TLCI 95+ ratings, according to the company. When using the included reflector and setting the light to 6,000K, VILTROX claims that the daylight-only model can achieve a maximum output of 47,400 lux at a distance of 1 meter. 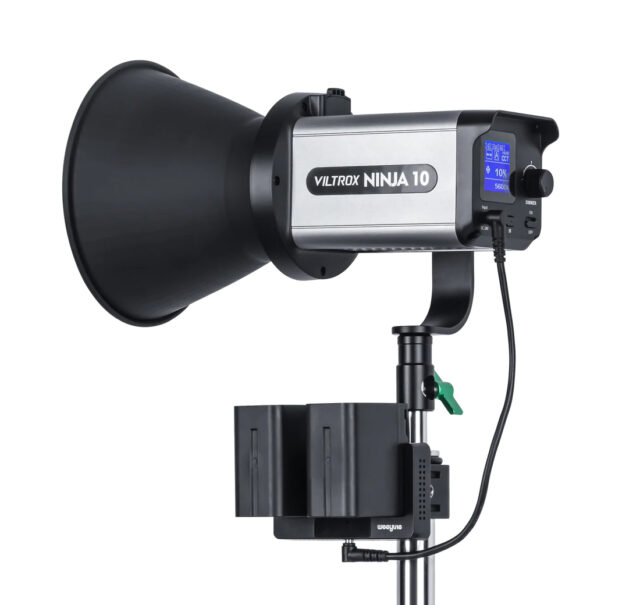 
The VILTROX Ninja 10 and Ninja 10B have an all-in-one design featuring a lightweight metal construction (518g/1.14lbs). Given their small footprint (275x126x142mm/10.8x5x5.6”), these fixtures seem to be suitable for either small studios or content creators on the go. 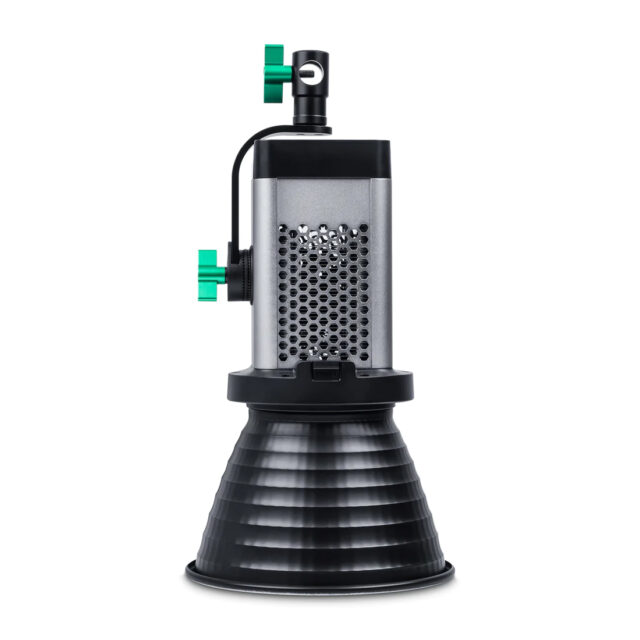 The versatility of these LED lights is enhanced by their multiple power options. Indeed, the spotlights can be powered via the included DC adapter when shooting indoor or via NP-F style or V-mount batteries in the field. The second method requires dedicated adapters that are sold separately. 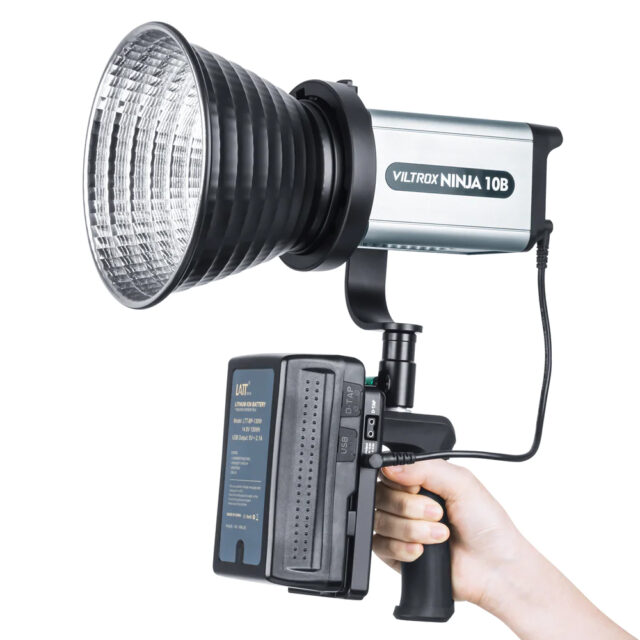 The rear side of the lamp head features an LCD screen with onboard controls for adjusting settings. However, users can also rely on remote control methods, including the optional RC-11 controller or a smartphone app (Android/iOS).

What’s in the box? 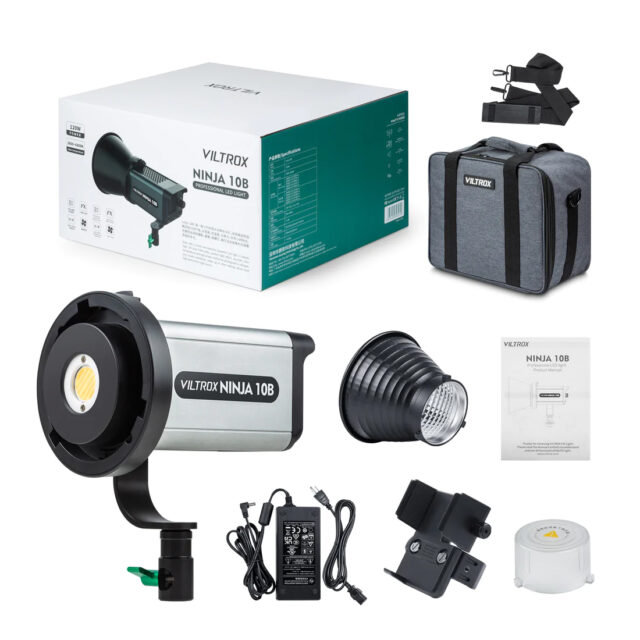 
The VILTROX Ninja 10 and Ninja 10B officially retail for $249 and $278 respectively, but the company is currently running a 15% discount on their website. Moreover, VILTROX offers several pre-bundled kits that include additional accessories, such as a handle, a softbox, and a V-mount battery plate.

What do you think of the new VILTROX Ninja 10 and Ninja 10B? Let us know your thoughts in the comment section below!