Staff member
Wooden Camera has just released several accessories and accessory kits for the Panasonic LUMIX GH6. These kits are all based around a full wrap-around cage with multiple 1/4″-20 and 3/8″-16 mounting points with locating pins. Then, you can mount the 3/8″-16 top handle, lightweight 15mm baseplate, rods, ARRI dovetail plate, etc. So let’s take a closer look at all these new accessories for the Panasonic LUMIX GH6.

The Panasonic LUMIX GH6 was released in February 2022 and is the successor of the famous LUMIX GH5. This updated version brought a lot of exciting features to the table, including a new sensor capable of recording internally at up to 5.7K at 60 frames per second, internal ProRes recording capabilities, and slow-motion recording at up to 300 fps.

Less than a week after the release of its handy Universal Accessories lineup, American manufacturer Wooden Camera is already back with a cage and accessory kits for the Panasonic LUMIX GH6. However, they’re a little “late to the party,” to say the least, or they just took their time to design their kits. 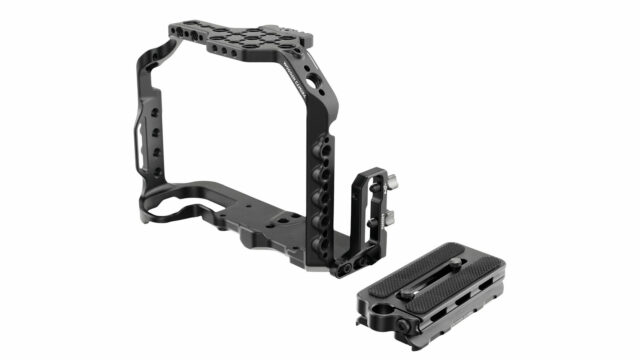 
Let’s start with the core of this Wooden Camera ecosystem for the Panasonic LUMIX GH6: the cage. This one-piece cage is made entirely of aluminum and fully wraps around your camera to protect it. The cage weighs 308g/0.68 lbs, which can seem a little bit heavy, considering the LUMIX GH6 weighs 823g/1.81 lbs. 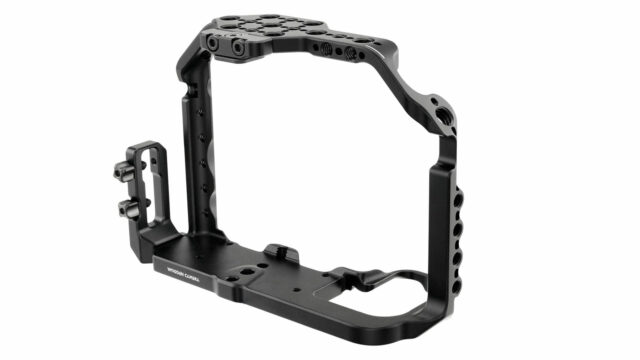 The cage attaches to your camera via one 1/4″-20 screw at the bottom and a cold shoe adapter on top. Obviously, the cage does not block any input/output ports, dials, or the battery door.

On the cage’s left, right, and top sides, you’ll find multiple 1/4″-20 and 3/8″-16 mounting points with locating pins. Unfortunately, there is no built-in NATO rail or cold shoe mount, which I find odd since the cage attaches to the camera via the cold shoe mount and blocks it. 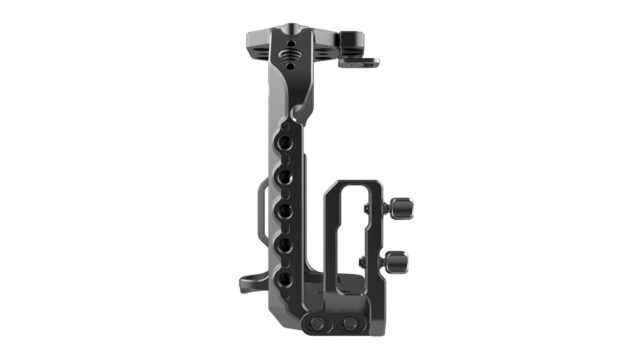 On the right side of the cage, you’ll find a removable HDMI and USB-C clamp, which is always handy to protect your ports. 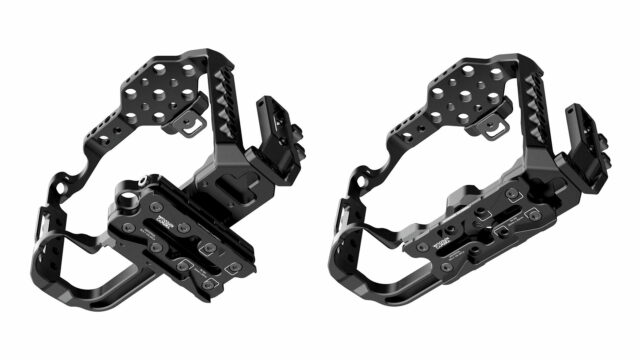 At the bottom, you’ll find four M4 threaded holes and two 1/4″-20 mounting points. In addition, the cage comes with an Arca-Swiss quick-release plate with a built-in lens support mount. This Arca plate can be used vertically or horizontally, depending on your needs. 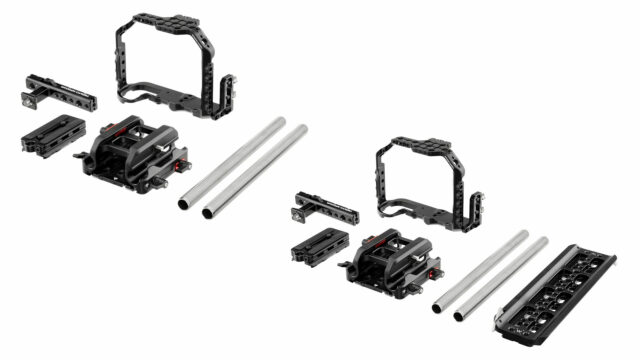 
Wooden Camera also released base and advanced kits for the Panasonic LUMIX GH6. Both kits include the cage, a 3/8″-16 top handle, and a lightweight 15mm dovetail. This dovetail is the same as the one for the FUJIFILM GFX-100S and X-H2/H2S. The lower dovetail slot is ARRI standard for attaching to compatible ARRI dovetails or the included Quick Dovetail. 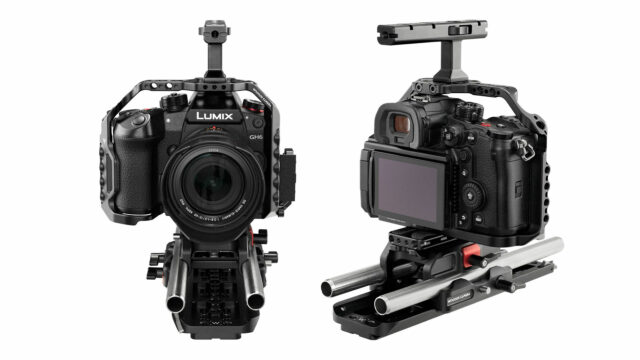 The advanced kit includes an extra 8″ safety dovetail which is ARRI standard.


The Wooden Camera Panasonic LUMIX GH6 cage is $399, the base kit retails for $924, and the advanced kit will set you back $1,104. All products are available now.

What do you think about these Wooden Camera rigging solutions? Did you already rig your LUMIX GH6 with a cage? Don’t hesitate to let us know in the comments down below!